7. The Disappearance of LaShaya Stine 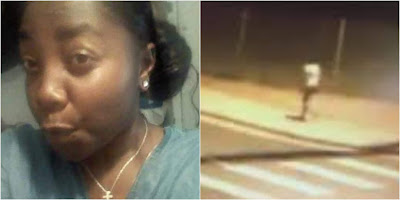 16 year-old Lashaya Stine was last seen during the early morning hours of July 15th, 2016. She snuck out of her family’s Aurora, Colorado home around 2am to meet with an unspecified individual and never came back. The last known sighting of Lashaya was on a surveillance camera, walking near a bus stop in the 1600 block of north Peoria Street at 2:23 a.m. She has never been heard from again.

Although Lashaya left her house without her mother’s permission, it is believed that she intended to return home before anyone even noticed that she had left. She left behind her clothes, wallet, money, phone charger and other belongings. She also has no history of running away from home or getting into trouble, and she disappeared the day before a job interview.

Lashaya’s family believes that she was forced into sex trafficking. Multiple witnesses have told her family that they’ve seen Lashaya in the Colfax Avenue area of Aurora; an area where prostitution and drugs are quite prevalent. Witnesses have also stated that a girl matching Lashaya’s description was being kept drugged and forced into prostitution. Despite these leads, Lashaya has still not been located and the FBI is actively investigating her case. [also on the 'Bus Stop Mysteries' list]

6. The Disappearance of Peggy McGuire 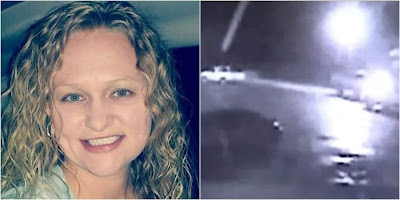 28 year-old Peggy McGuire disappeared on November 16th, 2015. That morning, she dropped her young son off at school in Eufaula, Oklahoma and then was never seen or heard from again. The next morning, in the midst of a violent storm, surveillance footage captured Peggy’s car being driven into the parking lot of T&J’s Ice House, a rural bar located 10 miles away from her home. An unidentified man was captured getting out of the driver’s seat of her car and walking away.

The car was later found abandoned. Peggy’s family members were certain that Peggy hadn’t driven there herself, even before the surveillance footage was discovered. According to Peggy’s mother, Peggy did not drink and had no reason to go to the bar. Additionally, when police searched the home that Peggy shared with her son’s father Thomas Ryan McIntosh, they found blood on the couch on their back porch. They also found bloodstains on a leather glove found in McIntosh’s truck. Despite this, McIntosh was not arrested nor was he named as a suspect in Peggy’s disappearance. Investigators apparently submitted the blood samples for forensic testing, but the results of those tests have yet to be revealed. Peggy remains missing today. [read more]

5. The Disappearance of Brianna Vibert 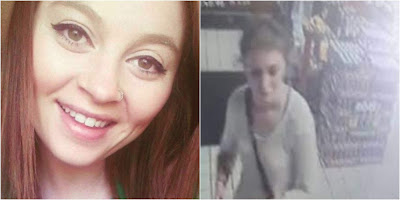 24 year-old Brianna Vibert has been missing since July 15th, 2017. The night she vanished, she  was seen at a Marathon gas station in Genesee County, Michigan. Surveillance cameras from the gas station show her getting into a man’s red Pontiac Aztek around 1am. Police have since come into contact with that man; he has apparently cooperated with the investigation and is not considered a suspect at this time.

Brianna’s loved ones do not believe she is voluntarily missing. She left behind four children, which is uncharacteristic of her. Brianna’s family members did not recognize the man who owns the Pontiac that she was seen getting into at the gas station, which is why they initially suspected that he might’ve had something to do with her disappearance. When investigators eventually stated that this man was not a suspect, it seemed as if Brianna’s family had very few leads to work with. The identify of this man has still not been publicly identified, nor has any information about what happened after this man and Brianna left that gas station.

It was later revealed that Brianna was seen at another gas station about an hour and 45 minutes later. The final known sighting of her was around 2:45am, as she was walking away from that gas station on Saginaw street. While at that gas station, Brianna was reportedly seen talking to a person in a green or teal Ford Ranger or S-10 style pickup truck in the parking lot. Investigators urged the occupants of that vehicle to contact them, but it is unclear if that ever happened. Brianna remains missing today. [read more]

4. The Disappearance of Sophie Reeder 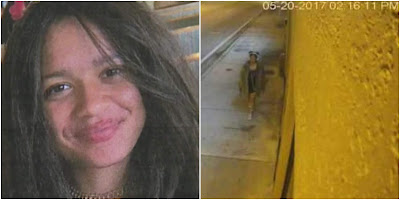 15 year-old Sophie Reeder has been missing since May 20th, 2017. She left her residence in Fort Lauderdale, Florida that evening and never returned home. Surveillance cameras captured her walking past local businesses on West Davie Boulevard around 10pm. Sophie was never seen or heard from again after that.

Sophie has been classified as a runaway, however the authorities worry she may have been a victim of human trafficking or an online predator. She had run away once before, but was only gone for a day. This time around, Sophie left behind all of her belongings and there has not been any activity on her mobile devices since the day she disappeared. Investigators were able to search Sophie’s computer after she vanished; it was there that they found evidence that she may have fallen victim to human traffickers or an online predator. However, investigators have not elaborated on said evidence and there are very few other details on what exactly they found on her computer. Sophie's case remains unsolved. [read more]

3. The Murder of Irasema Chavez 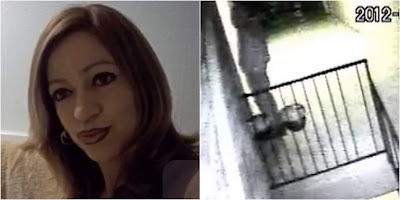 Irasema Chavez (33) was brutally murdered inside her Arlington, Texas apartment on January 20th, 2012. Irasema had moved from Mexico to Texas just a few months earlier, and according to family and friends, she was very happy with her new living arrangements. Irasema lived close to her sister and brother-in-law and was able to see them on a frequent basis. The evening before she was murdered, Irasema asked her sister to bring over her niece for a visit, however her sister decided to wait and bring the niece over the following day. When that time came, Irasema's niece entered the apartment and found a gruesome scene--Irasema was dead, she had been stabbed over 100 times.

Police have yet to name any suspects in the case, however they did obtain surveillance footage that they believe contains an image of the suspect. While the figure is hard to see, Irasema's family members reportedly do not recognize this person. The person has never been identified, however they are considered the prime suspect in the case at this time. Irasema's murder remains unsolved. [read more] [Unsolved Home Invasions]

2. The Disappearance of Relisha Rudd 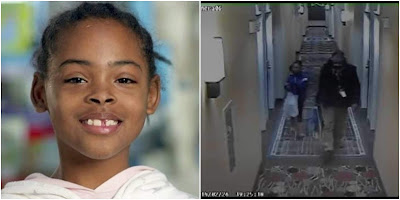 Relisha Rudd was only 8 years old when she vanished in March 2014. The little girl was last seen in the company of Khalil Tatum, a man whom she had met while she and her mother Shamika Young were living at a Washington, DC homeless shelter. Tatum worked as a janitor at the shelter, however Shamika also enlisted Tatum to care for Relisha. Over time, Relisha began having overnight stays with Tatum at his grandmother's home. In February 2014, Relisha stopped attending school. Her mother provided a note that stated Relisha was having health problems and she was under the care of a “Dr. Tatum”. Shamika provided a number, and the school contacted who they thought was Dr. Tatum and asked him to come to the school for a meeting. On March 19th, 2014, when nobody showed up for the meeting, the school called the police to report Relisha missing.

Throughout the investigation, it was learned that the last known sighting of Relisha was on surveillance footage where she is seen walking alongside Tatum through the hallways of a Days Inn on March 1st, 2014. She was never seen or heard from again. Tatum quickly became the prime suspect in Relisha's disappearance, and in the death of his wife, Andrea Tatum, who was found dead just a few days after Relisha was last seen. In the following weeks, investigators worked tirelessly to locate both Relisha and Khalil. Then, on March 31st, 2014, Khalil's body was found in a shed in Kenilworth Park. He died of a self-inflicted gunshot wound. There was no sign of Relisha at the scene.

There are numerous theories about what Khalil might have done to Relisha, but any information that he might have had about Relisha's whereabouts died with him. The two most predominant theories are that Khalil killed Relisha and hid her body, or that Khalil sold her to sex traffickers. Both theories are being investigated and authorities are still searching for Relisha. [read more]

1. The Disappearance of Elaine Park 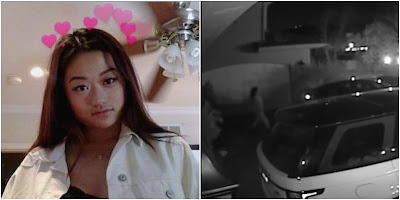 On February 2nd, Elaine’s car was found on Pacific Coast Highway, just south of Corral Canyon Road in Malibu. The doors were unlocked, the keys were in the ignition and her backpack, phone, computer and cash were inside the car. There were no signs of a struggle at the scene, however, there was no sign of Elaine either–and her whereabouts are still unknown.

Police say that Elaine’s ex-boyfriend and his family have been cooperative in the investigation and that there is currently no reason to suspect that they are involved in her disappearance. Elaine's case remains unsolved. [read more]
at July 17, 2019