The Disappearance of Sophie Reeder 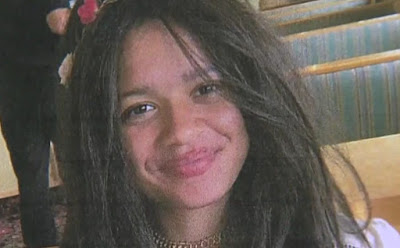 15 year-old Sophie Reeder has been missing since May 19th, 2017. She left her residence in Fort Lauderdale, Florida that evening and never returned home. Surveillance cameras captured her walking past local businesses on West Davie Boulevard around 10pm. Sophie was never seen or heard from again after that.

Sophie has been classified as a runaway, however the authorities worry she may have been a victim of human trafficking or an online predator. She had run away once before, but was only gone for a day. This time around, Sophie left behind all of her belongings and there has not been any activity on her mobile devices since the day she disappeared. Investigators were able to search Sophie’s computer after she vanished; it was there that they found evidence that she may have fallen victim to human traffickers or an online predator. However, investigators have not elaborated on said evidence and there are very few other details on what exactly they found on her computer.

A search throughout the areas where Sophie was last seen turned up no sign of her. Police are still investigating the case and are looking for leads. If you have any information that could lead to Sophie’s whereabouts, please contact the Fort Lauderdale police at 954-828-5700.