The Disappearance of Relisha Rudd 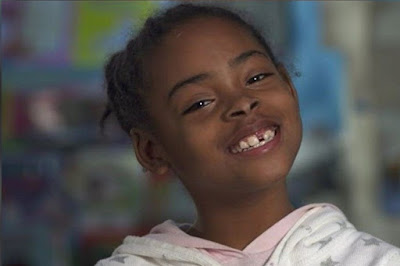 Relisha Rudd has been missing since March 2014. The young girl was only 8 years-old at the time of her disappearance, and prior to her vanishing, she was living at a DC homeless shelter with her mother Shamika Young. Upon moving to the shelter, Shamika befriended a janitor who worked at the there named Khalil Tatum. Unbeknownst to Shamika, Khalil had a long felony record for burglary, larceny, and breaking and entering. He was also known to fraternize with the residents of the homeless shelter. Once Khalil and Shamika grew closer, Khalil grew attached to Relisha, as well. In fact, he took Relisha to see Disney on Ice and bought her a tablet computer. Eventually, Shamika trusted Khalil enough to allow him to take Relisha with him overnight. Khalil allegedly then took Relisha to his home to stay with him and his grandmother.

By February 2014, Relisha was spending a lot of time under Khalil’s care. She stopped attending school at that point, but her mother provided a note to the school that stated Relisha was having health problems and she was under the care of a “Dr. Tatum”. Shamika provided a number, and the school contacted who they thought was Dr. Tatum and asked him to come to the school for a meeting. On March 19th, 2014, when nobody showed up for the meeting, the school called the police to report Relisha missing.

Once the search for Relisha began, authorities learned that Khalil was the last person to have seen the young girl. Investigator’s attempts to contact Khalil came up dry, so they attempted to locate his wife Andrea Tatum. It was revealed that Andrea had recently checked into a hotel in Oxon Hill, Maryland. When police went to her hotel room, they found Andrea dead--she had been shot to death. At that point, police announced that Khalil was the main suspect in both Relisha’s disappearance and Andrea’s death.

At this point, investigators were on a manhunt for both Relisha and Khalil. They determined that the last known sighting of Relisha was on March 1st, 2014. That day, Relisha was captured by surveillance cameras walking through the hallways of a Days Inn with Khalil. The following day,  on March 2nd, Khalil was seen buying extra large trash bags. He was by himself at the time of that purchase. March 2nd also happened to be the last day that Andrea Tatum was seen alive.

In the following weeks, investigators worked tirelessly to locate both Relisha and Khalil. Then, on March 31st, 2014, Khalil's body was found in a shed in Kenilworth Park. He died of a self-inflicted gunshot wound. There was no sign of Relisha at the scene.

There are numerous theories about what Khalil might have done to Relisha, but any information that he might have had about Relisha's whereabouts died with him. The two most predominant theories are that Khalil killed Relisha and hid her body, or that Khalil sold her to sex traffickers. Both theories are being investigated and authorities are still searching for Relisha. If you have any information that could help the investigation, please contact authorities at (202) 727-9099.