The Disappearance and Murder of Savanna LaFontaine-Greywind 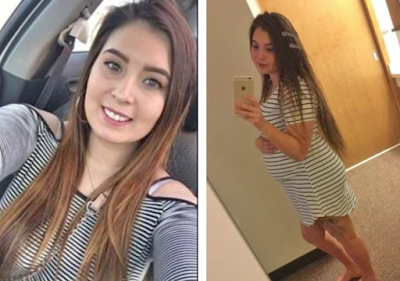 Savanna LaFontaine-Greywind (22) was 8 months pregnant when she went missing from her North Dakota home on August 19th, 2017.

At the time of her disappearance, she was living with her parents and two siblings in an apartment on North Fargo street. On August 19th, Savanna told her mother that their upstairs neighbor, Brooke Crews (38), asked her to help try on/model a dress in exchange for $20. Savanna agreed, and went upstairs to Brooke’s apartment around 1:30pm. Before leaving, Savanna ordered a pizza–indicating that she did not plan to be gone for long. She also planned to drive her brother to work later that afternoon. Despite this, Savanna never returned.

A couple hours later, her mother went to Brooke’s apartment, where Savanna was last seen. Brooke and her live-in boyfriend, William Hoehn (32) answered the door and said that Savanna had left hours ago. Savanna’s mother later called the police and reported her missing.

Over the next few days, Brooke gave the police consent to search her apartment on 3 separate occasions. These initial searches yielded no evidence of Savanna’s whereabouts or that any criminal activity had occurred in the apartment. Due to this, police were unable to obtain an actual warrant to thoroughly search the apartment.

Finally, on August 24th, 2017, other tenants in the apartment building reported hearing a crying baby coming from Brooke’s apartment. Savanna’s mother, who was already suspicious of Brooke, alerted the police. Coincidentally, earlier that day, police had interviewed some of William’s friends who claimed that William had recently spoken about having a new baby in his home. That information, combined with this phone call from Savanna’s mother, was enough for police to finally obtain a warrant. Brooke and William were subsequently arrested and the baby was taken into police custody. The baby was later confirmed to be Savanna’s.


On August 27th, 2017, Savanna’s body was found in the Red River. The following day, Brooke and William were formally charged with conspiracy to commit murder, conspiracy to commit kidnapping, and providing false information to police. Both pleaded not guilty. However, on December 11th, 2017, Brooke pleaded guilty to all charges. On February 2nd, 2018, she was sentenced to life without the possibility of parole. At Brooke's sentencing, more gruesome details about Savanna's death were revealed. Brooke claimed that, on the day of Savanna’s disappearance, the two argued and Savanna fell, hit her head, and lost consciousness. Brooke then admitted to performing a crude c-section on Savanna as she faded in and out of consciousness. After the baby was born, Savanna died due to blood loss. Prosecutors do not completely buy Brooke’s story–they believe that Brooke either pushed Savanna or hit her on her head to cause her to lose consciousness.

After Brooke's sentencing, William maintained his not guilty pleas. Then, on September 4th, 2018, he decided to plead guilty to the lesser charges of kidnapping and providing false information to authorities. A few weeks later, William went to trial for conspiracy to commit murder. He was ultimately acquitted of said charges. Brooke testified at his trial, and while on the stand she admitted that she did not “explicitly” tell William about her plans to kidnap Savanna’s baby. She told the jury that William arrived at their apartment after Brooke had finished the c-section, and neither of them were sure if Savanna was dead or not. Brooke stated that William put a rope around Savanna’s neck to ensure she was dead before the two began to clean up the apartment.

William himself testified as well. He stated that Brooke was lying about him putting a rope around Savanna’s neck. He admitted to coming home that day and finding Brooke sitting next to a cut-open and bleeding Savanna, and to helping Brooke cover up the murder and kidnapping. William’s defense attorneys maintained that Savanna was likely already dead by the time that William arrived at the apartment. The jury agreed and ultimately acquitted William of the conspiracy to commit murder charges. William was sentenced to life in prison for the other charges, however he is currently appealing his sentence with the Supreme Court.

Savanna's baby is now in the care of her longtime boyfriend and father of the child, Ashton Matheny. He has named their daughter Haisley.