It is a family's worst nightmare to have a loved one go missing. When a beloved person suddenly vanishes, those who care for that person are likely to experience fear, anxiety, and extreme stress. Those feelings are likely to be intensified when a person goes missing while in a place outside of their own hometown--especially if that person is not particularly familiar with the area. As explained in the original 'Missing Far From Home' list,  this impacts family's ability to aid in the search for their loved one--especially if they live in a completely different location and are unfamiliar with the places their loved one might have gone. Below is a list of 5 more cases of individuals who have unfortunately gone missing while away from their hometowns. All of these cases remain unsolved today. 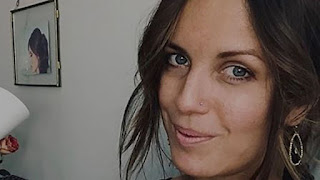 Erika Lloyd vanished while on a solo trip to Joshua Tree National Park on June 16th, 2020. The 37 year-old mother decided to take the trip after going through a stressful few months due to the COVID-19 pandemic. Erika left her Walnut Ridge, California home for the trip on June 14th. The drive was supposed to take approximately seven hours. Erika stayed in contact with her family after leaving her home, but all contact abruptly stopped on June 16th. She has not been seen or heard from again.
That same day, a California Highway Patrol found Erika's car abandoned on Highway 62--located approximately 20 miles away from Joshua Tree. Both the front and back windshields of the car were broken. Erika's items were still inside the vehicle, but Erika herself was nowhere to be found. Investigators believe the damage to the car is consistent with an accident and it does not appear that somebody broke into the vehicle. However, investigators were unable to find evidence that a collision occurred in a nearby area--so the exact cause of the car's damage remains unclear.
Additionally, there is no evidence to suggest that Erika went camping in the park. Her tent and other items were found inside her car and the campgrounds did not appear to have been recently inhabited. Erika's whereabouts remain unknown and the investigation is ongoing. [read more]
4. Terrence Woods Jr. 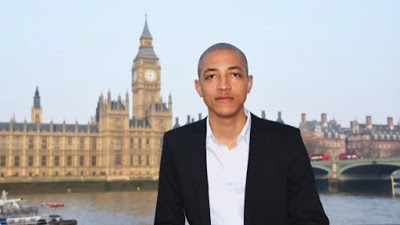 Terrence Woods Jr. has been missing since October 5th, 2018. The 26 year-old is originally from Maryland, however at the time of his disappearance he was in Orogrande, Idaho. Terrence worked as a production assistant for British docu-series Gold Rush: White Water. They were filming this particular season around Pinman Mine.
Terrence's co-workers said that he was acting 'strangely' before his disappearance. As the film crew was wrapping up for the day, Terrence reportedly took off running towards a nearby cliff. When his co-workers went over to the cliff to see if he had fallen, they noticed he was already 15 feet down the cliff, running towards the woods. Some of the crew members waited by a nearby main road to see if Terrence would emerge from the woods. He never did, and he was reported missing by 5:30pm that evening.
A widespread search of the surrounding areas did not turn up any signs of Terrence. He has never been seen or heard from again. The case remains unsolved. [read more]
3. Nancy Bromet 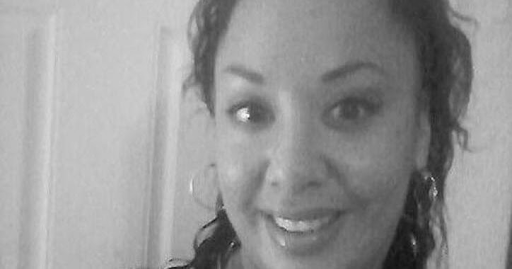 Nancy Bromet vanished while in the midst of a cross-country move from Florida to California with her boyfriend Jesus Julio Cruz. The 37 year-old woman and Cruz left Florida on November 12th, 2015. Nancy did not have a phone of her own, so she used Cruz's cell phone to communicate with her family. She last spoke to her family members on November 17th, 2015. Nancy used Cruz's phone to call her sister, and she indicated that she was in distress. After that call, Nancy's father spoke to Cruz and said that he would buy Nancy a plane ticket home if Cruz dropped her off at the airport. Upon hearing that suggestion, Nancy was heard asking Cruz "well, what do you think?" before the phone call dropped. When Nancy's father called back later, Cruz told him that Nancy was asleep. Nancy's family members have never seen or heard from her again.
Cruz later told Nancy's family members that they arrived in California on November 19th, 2015. He explained that, the following day, he dropped Nancy off at a shopping center in El Centro so she could buy groceries while he made deliveries in his truck. Cruz stated that when he returned to the shopping center two hours later, Nancy was nowhere to be found. Her family members reported her missing two days later, on November 22nd. The El Centro Police Department is handling Nancy's case, though her family members question whether or not she ever made it to California at all.  They believe it's possible that something might have happened to her following that final phone call on November 17th. Nancy's disappearance remains unsolved. [read more]
2. Zachary Porter 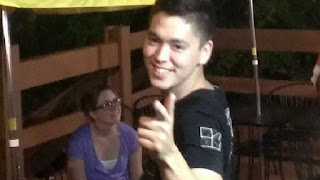 Zachary 'Zack' Porter vanished at the age of 25 on July 23rd, 2013. At the time of his disappearance, Zack lived in McMinnville, Oregon with his parents and his young son. The day he vanished, Zack traveled an approximate 3-hour drive away to North Bend to sell his motorcycle to a man who had purchased it off Craigslist. It has been confirmed that he did, in fact, make to North Bend and he completed the sale. However, at some point while Zack was still in the North Bend area, his family received text messages from his phone that they do not believe came from Zack himself. Zack also told his parents that he was going to get a ride home from the motorcycle buyer, but he never returned home and has never been seen or heard from again.
Investigators were able to track down the buyer, who told them that he actually did not give Zack a ride home. He told investigators that Zack arranged to meet with a friend at the nearby Myrtlewood Factory who would give him a ride home instead. Investigators obviously questioned this, since Zack never returned home and there does not appear to be any record of him at Myrtlewood Factory. Zack’s parents have confirmed that Zack did reach out to several friends to ask for a ride home, but was unable to find someone willing to make the 3-hour drive.
It is not believed that Zack is missing on his own accord. His case remains unsolved today. [read more]
1. Derek Lueking

Derek Lueking has been missing since March 17th, 2012. The 24 year-old lived in Knoxville, Tennessee at the time of his disappearance. He was first discovered missing by his roommate, who was alerted when Derek did not show up to his job on the morning of March 17th. This was uncharacteristic of Derek, so his roommate contacted Derek's parents. Derek's parents then traveled to Knoxville to search for their son.
Derek's parents soon learned that Derek had searched the Great Smoky Mountains on his computer shortly before he vanished. He also purchased maps of the Great Smoky Mountains National Park, a tent and sleeping bag, in addition to a military survival manual, a compass/thermometer, a pocket knife with a sharpener, a fire starter, parachute cords, granola bars, and other survival items. On the surface, this does not seem too unusual, as Derek's parents describe him as an avid camper and hiker. Derek's computer also revealed that he booked a room at the Microtel Inn--a micro-hotel in Cherokee, North Carolina. Cherokee is an approximate two hour drive from Derek's home in Knoxville.
Derek's parents went to the hotel, where they saw surveillance footage that showed Derek checking in during the early morning hours of March 17th, 2012. The cameras captured Derek later exiting the hotel around 4am. This is the last confirmed sighting of him. Derek's parents then traveled to the nearby hiking trails, where they found Derek's car parked at the Newfound Gap area of the Great Smoky Mountains National Park. Due to the fact that Derek had purchased numerous camping/survival items prior to driving to Cherokee, his parents at first that he might have just gone for camping trip in the mountains. However, many of the items Derek had purchased, including the tent, had been left in his car. Additionally, a note written by Derek was found inside the car. It simply read, "Don't follow me."
Derek has never been seen or heard from again. A search of the surrounding areas did not turn up any clues to his whereabouts. Derek's case remains unsolved today. [read more]
at September 19, 2020