The Disappearance of Erika Lloyd 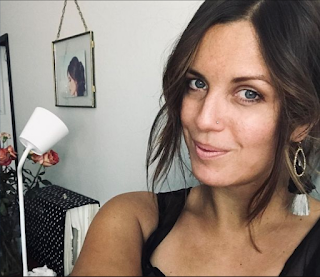 Erika Lloyd has been missing since June 16th, 2020. The 37 year-old woman is among the many Americans who lost their jobs due to the COVID-19 pandemic. According to family members, Erika was struggling with the stress of losing her job and trying to homeschool her son. Once the month of June came about, she decided to get away for a bit by taking a trip to Joshua Tree National Park. Erika left her Walnut Ridge, California home for the trip on June 14th. The drive was supposed to take approximately seven hours. Erika stayed in contact with her family after leaving her home, but all contact abruptly stopped on June 16th. She has not been seen or heard from again.

That same day, a California Highway Patrol found Erika's car abandoned on Highway 62--located approximately 20 miles away from Joshua Tree. Both the front and back windshields of the car were broken. Erika's items were still inside the vehicle, but Erika herself was nowhere to be found. Investigators believe the damage to the car is consistent with an accident and it does not appear that somebody broke into the vehicle. However, investigators were unable to find evidence that a collision occurred in a nearby area--so the exact cause of the car's damage remains unclear.

It is not believed that Erika camped in any of the nearby campgrounds--as her items were still inside the car and there was no evidence that any campers had been in the area. Erika's family members fear that she may have become disoriented following the speculated car accident. Investigators have focused on searching the surrounding areas for any sign of Erika, and they have enlisted the help of a man named Doug Billings. Billings is an expert in the area's caves and mines, and he assisted in the search for Erin Corwin years earlier. Similar to Erika, Erin vanished while taking a trip to Joshua Tree National Park on June 29th, 2014. She was later found murdered in an abandoned mine. A write-up on Erin's case can be found here.

Erika is described as 5'4" and approximately 125 lbs. She has dark hair and blue eyes. If you have any information that could lead to Erika's whereabouts, please go here to submit an anonymous tip.