The Disappearance of Jeremy Howard 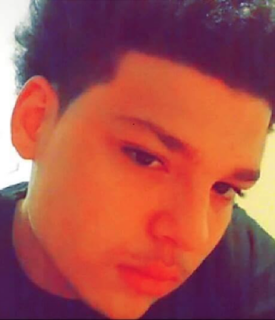 Jeremy Howard (19) vanished from La Jolla Cove in San Diego, California on December 24th, 2015. Jeremy is originally from Seattle, Washington, but three months before his disappearance, he travelled to San Diego to stay with his sister and brother-in-law. He was reportedly scheduled to fly back home to Seattle on the day he vanished.
Jeremy disappeared at some point between 5:30am and 6:00am. He and his brother-in-law were at La Jolla Cove together, watching the waves and looking for the seals. At some point between 5:30 and 6:00, the brother-in-law stepped away for approximately ten minutes. When he returned, Jeremy was gone. He has never been seen or heard from again.
Due to the fact that Jeremy vanished so close to the water, it was originally theorized that he fell in. However, many extensive searches of the water near the cove turned up no sign of him. After those searches ended without any clues, Jeremy's loved ones started to believe something else might have happened. His sister explained to reporters, "the water me for the first couple of days, but after so many dives, there's only so far you could have went within a few minutes, if you did fall in the water or someone would have seen you." Jeremy is described as 6'4"-6'5" tall, which makes it more likely for him to have been spotted if he was in the water.
It was also theorized that Jeremy might have run off. His family members do not believe this to be the case. His sister said that he depends on his family a lot and it would be uncharacteristic for him take off without warning. His sister also stated that there were no issues between Jeremy and his brother-in-law, who he was with shortly before he vanished.
A few days into the search, it was announced that police were searching for a witness who might have been present around the time of Jeremy's disappearance. Police described the witness as "an older white man, about 5 feet 7 and 150 pounds with short, straight white hair. He had a small, white fluffy dog and was driving a white Ford Explorer."It's unclear if investigators ever identified or spoke to this witness.
Jeremy remains missing today. If you have any information that could lead to his whereabouts, please go here to submit an anonymous tip.
at October 17, 2020