A list of seven pairs of cases that are either confirmed or believed to be connected. Each case remains unsolved today. 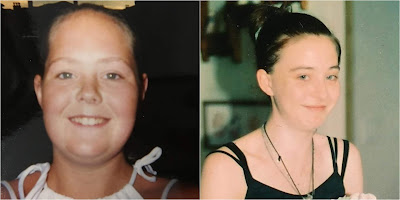 Jennifer Hammond (pictured left) and Christina White (pictured right) both vanished in Milton, New York during 2003 and 2005 respectively. Jennifer vanished at the age of 18 on August 1st, 2003. She was living at a hotel with co-workers in Albany, New York at the time. On the day she vanished, Jennifer's co-workers dropped her off at the Creek & Pines mobile home park in Milton so she could sell magazine subscriptions door-to-door. When Jennifer's co-workers returned to the mobile home park later to pick her up, she was nowhere to be found. She never returned to the hotel in Albany and was never seen or heard from again.

Nearly two years later, 19 year-old Christina disappeared on June 30th, 2005. She was last seen by her mother at the home they shared at the Stockade mobile home park. The Stockade mobile community is located less than two miles from Creek & Pines, where Jennifer was last seen in 2003. Once Christina was reported missing, investigators began to explore the possibility that her disappearance might be connected to Jennifer's disappearance. On March 10th, 2006, Christina's remains were found in the Daketown Forest in Greenfield. An autopsy revealed she had been stabbed several times. Christina's case shifted to a homicide investigation at this point, but detectives had very few leads to work with. Meanwhile, Jennifer remained missing. Then, on October 26th, 2009, a hunter found a human skull on Lake Desolation Forest in Greenfield. The location where the skull was found is a little over three miles from the location where Christina's remains were found. Dental records later confirmed that the skull belonged to Jennifer.

Due to the close proximity of both the areas from which both girls vanished and the areas where their remains were found, investigators believe that Jennifer and Christina were killed by the same person(s). Unfortunately, both cases still remain unsolved today. [read more]

6. The Murders & Disappearances in Chicago Lawn 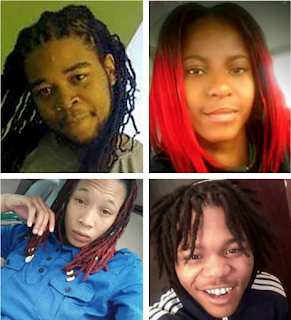 Kenshon Ward (top left), Shante Bohanan (top right), Joanna Wright (bottom left) and Marlo Gulley (bottom right) were all residents of the same neighborhood in the south side of Chicago, Illinois.  Kenshon (21) and Shante (20) were dating, while Joanna (33) and Marlo (26) were friends. All four of them knew each other, which makes the following chain of events all the more mysterious:

On July 13th, 2016, Kenshon was tragically murdered in Marquette Park, located in the Chicago Lawn neighborhood. He had been shot multiple times. A few people, including Shante, witnessed the shooting but did not see the shooter’s face. Eleven days later, on July 24th, 2016, Shante mysteriously vanished. She was last seen near a home in the Marquette Park area. An anonymous tip led investigators to an abandoned home in the neighborhood, where Shante's body was found inside a garbage can. There are no known suspects in either Kenshon or Shante's cases.

A few months later, on December 18th, 2016, Joanna Wright was taking a walk near her home in Marquette Park when she was kidnapped by a group of unidentified men in the broad daylight. A person who witnessed the event immediately called the police. The witness was able to provide a description of the car that Joanna was forced into, but unfortunately neither Joanna nor her kidnappers have been found. Then, on October 26th, 2017, yet another Marquette Park resident went missing: 26 year-old Marlo Gulley. He was last seen near the house where Shante was last seen before she was reported missing—located on the same street where Joanna was kidnapped.While it has never been confirmed that any of these cases are related to one another, possible links are being investigated. It is quite notable that all four victims knew each other, and that Kenshon and Shante were found dead in the same neighborhood from which Joanna and Marlo vanished. All four cases remain unsolved today. [read more] 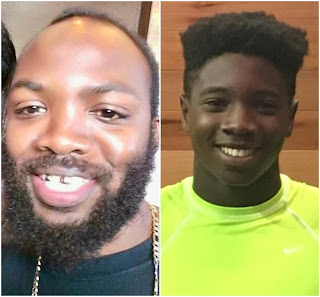 Travis Combs (pictured left) was shot and murdered in Sarasota, Florida on August 28th, 2017. His shooting was reportedly witnessed by 14 year-old Jabez Spann (pictured right). Another witness named Reginald Parker reported seeing Jabez exiting a home in the neighborhood at the same Travis was shot. Upon the shooting, Jabez was heard shouting something along the lines of "Oh my god, y'all shot him!" The shooting suspects fled the scene after that and were never identified or found by investigators.

Just days later, on September 4th, 2017, Jabez mysteriously vanished. He was last seen around 1am on MLK Way. Jabez's family members reported him missing after he did not show up at school the following day. During a search for Jabez, Reginald Parker reportedly approached Jabez's family members and told them about how Jabez has witnessed the murder of Travis Combs just days before his disappearance. Reginald stated that he believed that the people responsible for Travis' murder were also responsible for Jabez's disappearance. Detectives were also made aware of this, and immediately began searching for a link between the two cases.

On  February 16th, 2019, a man fixing a fence in a rural area off of Interstate 75 spotted human remains. Three days later, those remains were confirmed to be that of Jabez Spann. His death is being investigated as a murder and a link to the murder of Travis Combs is still being investigated. Both cases remain unsolved. [read more]

4. The Disappearance of Relisha Rudd & The Murder of Andrea Tatum 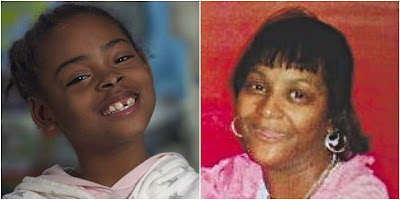 Relisha Rudd (pictured left) was only 8 years-old when she vanished in March 2014. At the time of her disappearance, Relisha lived with her mother at a homeless shelter in Washington, DC. While living there, Relisha's mother grew close to Khalil Tatum, a janitor who worked at the shelter. Khalil grew attached to Relisha as well, and Relisha's mother eventually gained enough trust in Khalil to allow Relisha to spend the night at his home. By February 2014, Relisha was spending a lot of time under Khalil's care. She had stopped attending school, and her mother told her teacher that Relisha was having health issues and was under the care of a 'Dr. Tatum'. The school then called who they thought was Dr. Tatum and asked him to come to the building for a meeting. On March 19th, 2014, when nobody showed up for the meeting, the school called the police to report Relisha missing.

Once the search for Relisha began, authorities learned that Khalil was the last person to have seen the young girl. Investigator’s attempts to contact Khalil came up dry, so they attempted to locate his wife Andrea Tatum (pictured right). It was revealed that Andrea had recently checked into a hotel in Oxon Hill, Maryland. When police went to her hotel room, they found Andrea dead--she had been shot to death. At that point, police announced that Khalil was the main suspect in both Relisha’s disappearance and Andrea’s death.

After finding Andrea's body, investigators launched an extensive manhunt for both Khalil and Relisha. Then, on March 31st, 2014, Khalil's body was found in a shed in Kenilworth Park. He died of a self-inflicted gunshot wound. There was no sign of Relisha at the scene.

While investigators have determined that Khalil was the one to kill Andrea, the question of why Andrea was murdered still remains unknown. Additionally, Relisha's whereabouts still remain unknown. The families of both Andrea and Relisha are still awaiting closure in their cases. [read more]

Terri Reyes (pictured left) and Shunte Coleman (pictured center) vanished in May 2006 and July 2006 respectively. Both women lived in Jacksonville, Texas at the time of their disappearances, and both were scheduled to testify in court against an ex-police officer named Larry Pugh (pictured right). Pugh had been charged with violation of civil rights after he was accused of sexually assaulting a woman while on duty. Many other women had reported Pugh for sexual assault as well. Due to the fact that Terri and Shunte were missing, they were never able to testify against Pugh--but Pugh was still sentenced to 12 years in prison for these charges in March 2007.

Larry Pugh remains the one and only suspect for the murders of both Terri and Shunte. He finished his serving his federal prison sentence in 2018, but is currently incarcerated for making false declarations in federal court. Pugh has still never been charged with anything related to Terri or Shunte, even though investigators are not searching for any other suspects. [read more]

Sage Smith (pictured left) has been missing November 20th, 2012.  The 19 year-old had recently come out as transgender before her disappearance. On the day she was last seen, Sage told her roommate that she was going to meet up with a man—possibly for a date—whom she had met online. That man was later identified as Erik McFadden (pictured right). Sage never returned to her Charlottesville, Virginia home and was never seen or heard from again.

Once Sage was reported missing, authorities learned about her plans to meet up with Erik McFadden. However, investigators were unable to locate Erik for questioning. Erik eventually called investigators and stated that he was in New York and would be back in Charlottesville on November 29th. The next day, though, Erik changed his mind. He sent his girlfriend an email saying that Sage was blackmailing him by threatening to tell people that the two of them had sex. Erik also stated that he did meet up with Sage on the night of November 20th, but he did not know what happened to her. He has reportedly never returned to Charlottesville. The last known contact from Erik occurred in May 2013, when he emailed his girlfriend from an untraceable email address.

Meanwhile, Sage remained missing. In 2016, the investigation was reclassified as a homicide. Three years later, on June 26th, 2019, police announced that they officially filed a missing persons report for Erik McFadden as well. They still consider him to be the only suspect in Sage's case. Investigators are still hoping to locate both Sage and Erik. [read more]

1. The Murder of Nicole Fitts & The Disappearance of Arianna Fitts 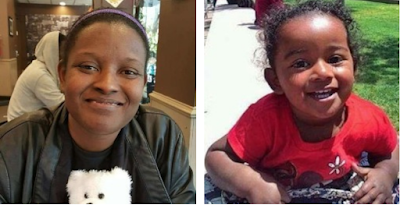 Nicole Fitts was a single mother, raising her 2 year-old daughter Arianna Fitts all by herself in Oakland, California. Due to this, Nicole often had to work double shifts at her job at Best Buy to make ends meet. She ended up hiring two sisters named Helena and Ciolo Hearne to be Arianna’s full-time babysitters. The women loved sweet little Arianna so much, they told Nicole they were willing to watch her overnight. This allowed Nicole time to continue working and searching for a more permanent place for Arianna and herself to live.

Nicole finally found a place to live in March 2016. When she told Helena and Ciolo she was ready for Arianna to come back to live with her again, the sisters were not happy about having to let her go. Nicole allowed them a few extra days to spend time with Arianna but asked them to bring her back by April 3rd, 2016. However, two days before that, Nicole told her friend she was going to meet Helena at a restaurant. Nicole never returned home, and both she and Arianna were reported missing by family members on April 5th, 2016.

Three days later, Nicole’s body was found buried in a shallow grave at John McLaren Park. Investigators have not revealed how exactly Nicole died, but it is clear that she was murdered. Arianna's whereabouts are still unknown. Police executed search warrants at both Helena and Ciolo’s homes, but reportedly have not found any sign of Arianna at either place. Investigators are currently not revealing much information about the Hearne sisters, however they have stated that their statements about Arianna’s whereabouts have been inconsistent. At this time, Helena and Ciolo are no longer cooperating with the police.