The Murder of Trevor Armstrong 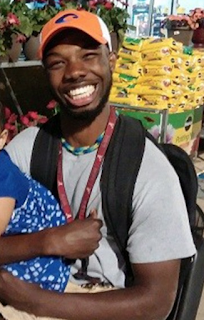 Trevor Armstrong was only 22 years-old when he was found murdered during the early morning hours of August 17th, 2017.

Trevor lived in Columbia, Tennessee at the time of his death--but he was murdered in a rural area of Williamson County, located near the Maury County line. His body was found in the driveway of a home on Sugar Ridge Road. Trevor had been shot at least five teams.

The investigation into Trevor's death has turned up more questions than answers. Trevor was physically disabled and had been using a wheelchair since he was in junior high. He did not drive and it is unclear how he ended up in the rural area where his body was found. Investigators interviewed Trevor's family members and close friends but were unable to find a suspect or even a person of interest. Trevor did not have a criminal history, nor was he closely associated with anyone with a criminal history. He was reportedly well-liked in the community and a motive for his murder remains unclear.

Due to his disability, Trevor did not work--but he was the primary caretaker for his young daughter. He is also survived by a large, loving family that is desperately hoping to find answers in his case. Investigators are still trying to piece together the hours leading up to Trevor's death and they are asking for anyone with information about that day to come forward.