The Disappearance and Death of Jabez Spann 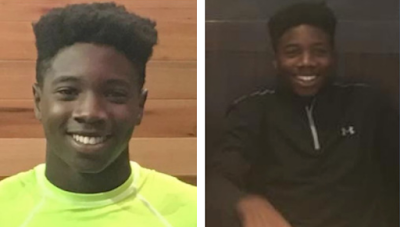 14 year old Jabez Spann vanished during the early morning hours of September 4th, 2017. He was last seen around 1am with two other boys around his age. Jabez and the two boys were seen on a road called MLK Way in Newtown, Florida, where Labor Day festivities were being held. He was reported missing the following day after he did not show up at school.

Almost two months after Jabez disappeared, a man named Reginald Parker approached Jabez’s family during a search for the young boy. He claimed that he knew why Jabez was missing. According to Reginald, he and Jabez witnessed the fatal shooting of Travis Combs in Sarasota, Florida on August 28th, 2017–just days before Jabez vanished. Reginald said that he saw Jabez coming out of a friends house at the same time that Travis was shot. Jabez was apparently yelling something along the lines of, “oh my God, y’all shot him!” The suspects were able to flee the scene and are still on the loose today. Reginald said that the suspects saw Jabez witness the shooting, and are also likely responsible for his disappearance that occurred just days later.

Reginald had also told other three other people that he witnessed Travis’ murder as well; those people all contacted police and told them about what Reginald had seen. On November 7th, 2017, police arrested him on an unrelated warrant for failure to appear, but they inevitably questioned him about Travis’ case. Reginald denied witnessing Travis’ murder, or that he spoke to the three people, all of whom provided sworn statements to detectives. Reginald was subsequently charged with accessory after the fact to murder. His court documents for the charges in Travis’ case mention that he saw Jabez walking out of a house at the time the shooting occurred.

Nearly a year and a half later, on  February 16th, 2019, a man fixing a fence in a rural area off of Interstate 75 spotted human remains. Three days later, those remains were confirmed to be that of Jabez Spann. Investigators have not yet disclosed where exactly the remains were found, but they did say the area was not a place that Jabez frequented and it is not believed they he went there voluntarily. This investigation is still unfolding and a connection to the murder of Travis Combs is still being looked into.