The Murder of Nicole Fitts and the Disappearance of Arianna Fitts

Nicole Fitts was a single mother, raising her daughter Arianna all by herself in Oakland, California. Due to this, Nicole often had to work double shifts at her job at Best Buy to make ends meet. She ended up hiring two sisters named Helena and Ciolo Hearne to be Arianna’s full-time babysitters. The women loved sweet little Arianna so much, they told Nicole they were willing to watch her overnight. This allowed Nicole time to continue working and searching for a more permanent place for Arianna and herself to live.

Arianna had been staying with the Hearne sisters for quite some time when Nicole finally found a place to live in late March 2016. Her co-worker, Goyette Williams, had an extra room at her place that she offered to Nicole and Arianna. This was a perfect set-up for Nicole—the home was located only a few minutes away from work. However, Goyette’s home was also located miles away from the Hearne sister’s home, and Helena and Ciolo were not happy about having to let Arianna go. Nicole allowed Arianna a few extra days with the Hearne sisters while she settled into the new place, but she soon learned that they had taken Arianna 6 hours away to Disneyland without her permission. This was the last straw for Nicole, and she told Helena that she wanted Arianna to come home to her for good by April 3rd, 2016.

The Hearne’s actually returned to their home with Arianna before then, but Nicole still agreed to allow them to spend time with Arianna until the agreed upon date. On April 1st, 2016, Nicole withdrew $600 from an ATM and told Goyette that she had to go meet up with Helena at a local restaurant. According to Goyette, Nicole said “I have to meet my babysitter. She’s upset, I need to go see if she’s okay.” Nicole intended to be gone for only a few minutes, but she unfortunately never returned. Her last known communication was a text that she sent to Goyette at 12:45am—it simply stated that she was on her way to Fresno with a person named Sam. Goyette did not recognize that name, nor did she know how Nicole was getting to Fresno. Nicole never returned and she was reported missing by her family members on April 5th, 2016. By this point, none of Nicole’s relatives knew of Arianna’s whereabouts either, and she was also reported missing.

A few days passed without any sign of Nicole or Arianna. Then, on April 8th, 2016, Nicole’s body was found buried in a shallow grave at John McLaren Park. Investigators have not revealed how exactly Nicole died, but it is clear that she was murdered.

-
According to friends, Nicole had been violated and her body was covered by a piece of plywood with some sort of symbol painted on it. Authorities believe that the person(s) who buried Nicole brought that board with them and they are appealing to the public for any information about the symbols painted on the board. 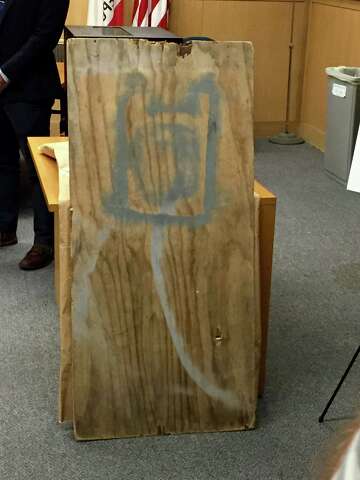 Meanwhile, Arianna still remains missing. Police executed search warrants at both Helena and Ciolo’s homes, but reportedly have not found any sign of Arianna at either place. Investigators are currently not revealing much information about the Hearne sisters, however they have stated that their statements about Arianna’s whereabouts have been inconsistent. At this time, Helena and Ciolo are no longer cooperating with the police. Reporters have attempted to contact them as well, to no avail. In fact, when reporters visited Helena’s home, they were told by neighbors that Helena and her children were “long gone”.

Nicole’s murder and Arianna’s disappearance both remain unsolved. The FBI is actively investigating the case. Nicole and Arianna’s relatives have put forward a $10000 reward for information that could solve their cases. Additionally, the Best Buy that Nicole worked at has put forth another $10000 as well. If you have any information that could help, please submit a tip with the FBI here.
-
[Unsolved Kidnappings]
[Unsolved Connected Cases]
at June 27, 2019