As explained in the original 'Runaway Theories Gone Wrong' list, many children and teens who go missing are runaways. According to statistics, one and seven children between the ages of 10 and 18 will run away at some point. With those statistics being relatively high, many police departments will classify missing children/teens as runaways unless they see evidence that shows otherwise. 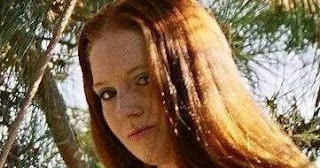 Kayann Canfield has been missing since October 21st, 2013. The 24 year-old woman lived in Toppenish, Washington at the time of her disappearance, and she had recently moved into a new place just two weeks before she vanished. Kayann was last seen visiting a friend in Wapato. She reportedly sent a text message to her stepfather and asked him to pick her up. Her stepfather agreed, but a short time later, Kayann sent him another message saying she got a ride from someone else. She never made it home and has never been heard from again.
Kayann reportedly struggled with drug and alcohol abuse. Due to this, investigators initially stated that they believed she was a 'runaway'. However, Kayann's family members disputed this from the beginning. Her grandmother stated that Kayann would never willingly abandon her son, nor would she stay out-of-touch with her family members.

On November 5th, 2013, Kayann's mother found clothing that belongs to Kayann in a ditch near the west end of Toppenish. The clothes were freshly washed and clean, and it appeared that they had  recently been dumped in that location. This seemed quite suspicious to investigators, and it ultimately led them to take another look at the case. After a second look, investigators announced that they believe Kayann met with foul play. Her case remains unsolved today. [read more] 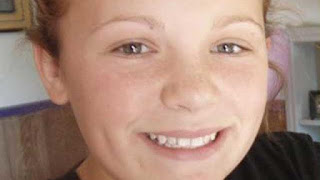 Hailey Dunn was only 13 years-old when she vanished on December 27th, 2010. She was last seen at her mother's home in Colorado City, Texas, where she lived with her mother Billie, her brother David, and Billie's boyfriend Shawn Adkins. Shawn reportedly told investigators that he last saw Hailey around 3:15pm, after she told him that she was going to her father's house and then a friend's house for a sleepover. However, Hailey never arrived at her father's house or her friend's house--nor did she ever have plans to meet up with either.

Despite the suspicious circumstances, police initially believed that Hailey was a runaway. They believed it was possible that she was in hiding. However, it only took days for investigators to change their tune and reclassify Hailey's case as an endangered missing child. Suspicions began to build against both Shawn and Billie--especially after investigators found evidence that suggested both were very interested in murder and sexual sadism. Additionally, there was evidence that Shawn had child pornography in his possession. Still, investigators did not have evidence to charge either with anything related to Hailey's disappearance.

In March 2013, human remains were found in Scurry County. A month later, those remains were identified as that of Hailey Dunn. Her death was classified as a homicide. To this day, Shawn Adkins remains the only person of interest in the case, but no arrests have been made. [read more]

Tisa Gantt has been missing since January 2nd, 2007. Before her disappearance, the 36 year-old woman was last seen in Titusville, Florida. Tisa had recently filed sexual assault charges against a man named Edwin Deon Morris after he reportedly raped her near S. Deleon Ave. Tisa was very nervous about filing charges, as she feared that Morris would retaliate against her for telling the police what happened.

Despite these circumstances, police initially believed that Tisa left on her own accord. Her family has never believed this, as they do not believe Tisa would voluntarily be out-of-touch with her loved ones. As the investigation continued, police eventually began to think that something sinister happened to her. About a year after Tisa’s disappearance, a team of investigators searched the home of Edwin Morris, but reportedly nothing significant was found. Still, investigators returned to the same spot in 2011 and 2015 to conduct further searches. Morris has officially been named as a person of interest in Tisa’s disappearance. He is currently in prison on for an unrelated conviction, and at this time he has not been charged with anything related to Tisa’s case. 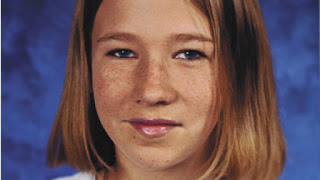 Tabitha Tuders vanished at the age of 13 on April 9th, 2003. She was last seen by her family members at their home in Nashville, Tennessee. That day began as a typical day for the Tuders family. Tabitha's father left the home for his job around 7am, while Tabitha was eating breakfast and watching TV. Just like every other day, Tabitha planned to walk to her bus stop on 14th and Boscobel Street to board the school bus at 8am. A few witnesses saw her walking towards that direction before 8am, but unfortunately Tabitha never made it to the bus stop or to school that day. When she did not return home that afternoon as planned, her parents called the school only to find out that she had not attended her classes at all that day. Tabitha was then reported missing around 6pm that evening.
Due to Tabitha’s age, authorities initially treated her disappearance as a runaway. Her parents have never believed that she left on her own accord; she has no history of running away and she was a straight-A student who took pride in her perfect school attendance record. Additionally, Tabitha left behind all of her personal possessions and money. Eventually, investigators reclassified Tabitha's case as an abduction.
Over the years, there have been numerous potential sightings of Tabitha, but nothing has panned out. Investigators have also received numerous leads and tips--but she still remains missing today. In August 2020, investigators received a tip that lead them to searching local property for any sign of Tabitha, but unfortunately those searches came up empty. Tabitha remains missing today. [read more]
Priti 'Ashley' Porter 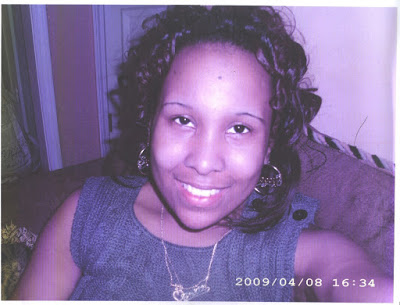 Priti “Ashley” Porter vanished from her family’s home in Gastonia, North Carolina on April 19th, 2009. The 22 year-old lived with her parents at the time, and she was last seen by her mother Tanya Davis. By Tanya’s account, Ashley said goodnight to her around 10pm. Nothing seemed to be out of the ordinary during their exchange. Then, the following morning, Tanya wanted to borrow a coat from Ashley’s closet, but when she tried to enter her room, it was locked. After Tanya’s knocks went unanswered, she asked her husband to break down the door. Once they entered Ashley’s room, they were shocked to realize that Ashley was not there, and the bedroom window screen had been removed. She has never been seen or heard from again
It appeared as if Ashley had removed the screen herself so she could exit through the window. Due to this, initial police reports on Ashley’s case characterized her disappearance as “not a crime - missing person.” Ashley’s mother stated that Ashley had an ex-boyfriend who her parents did not approve of, and he was not welcome in their home. Due to this, Ashley’s mother thinks it is possible that Ashley snuck out of their home that evening to meet up with him. Still, this has never been confirmed and Gastonia Police have stayed tight-lipped about the investigation into Ashley’s disappearance to avoid jeopardizing the investigation. The police have, however, said that they no longer think Ashley is missing on her own accord. In fact, they now believe that foul play was involved in her disappearance.
Ashley left behind her cell phone, purse, and numerous other personal items. Her case remains unsolved today. [read more]
Candice Parchment 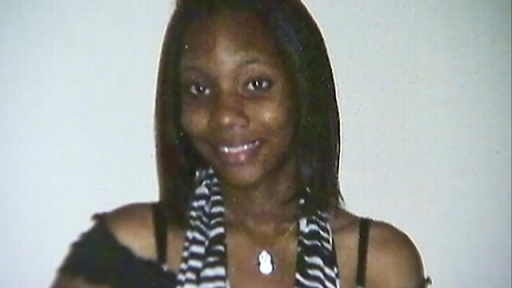 Candice Parchment was only 15 years-old when she vanished from her family's Forest Park, Georgia home on April 28th, 2010. According to her mother, Candice voluntarily left the home that evening. Once Candice's mother reported her missing, she was classified as a runaway. Although Candice left the home on her own accord, her family and friends still worried about her--especially since Candice had gone through a traumatic experience in January 2010, two months before her disappearance. On an afternoon in early January, Candice called her mother and asked her to come pick her up at an abandoned house in Forest Park. Once Candice's mother found her, Candice ran to the car and said that she had almost been raped by two older boys. Candice's mother begged her daughter to reveal the identity of her attackers, but Candice refused.
When Candice went missing in late April 2010, it was initially unclear if the January 2010 assault and her disappearance were related. While Candice's mother was inevitably concerned about the January incident, it appeared Candice had voluntarily left the home in April. Candice's loved ones feared for her safety, but continued to hold out hope that she would return home alive. Unfortunately, in December 2010, the case took an unexpected turn when human remains were found underneath an old mattress in a wooded area near Candice's home. Investigators immediately suspected the remains belonged to Candice, and those suspicions were confirmed just a day later. At that point, it was clear Candice had been murdered--she was reportedly stabbed and strangled to death.
By October 2011 of the following year, Candice's murder remained unsolved. Then, while cleaning out her house, Candice's mother found Candice's diary. From the diary entries, Candice's mother learned the identities of the men who had attacked Candice in January 2010: Marshae Hickman and Jermaine Robinson. After reading the entries, Candice's mother was certain that these two men were also responsible for her daughter's death. She immediately turn the diary over to police.
Marshae was eventually charged with Candice's murder, while Jermaine was charged for his role in the January 2010 rape. Jermaine ended up pleading guilty. Marshae pleaded not guilty to the murder charges and went to trial in April 2013. He was ultimately found guilty and sentenced to life in prison. [read more]
Erin Foster & Jeremy Bechtel 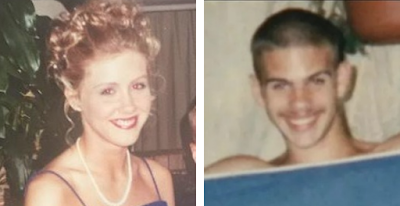 Longtime friends Erin Leigh Foster (18) and Jeremy Bechtel (17) vanished together on April 3rd, 2000. The two teens were born and raised in Sparta, Tennessee. On the day , they took Erin’s car to go visit a mutual friend right outside of town. They spent the day there, and then Erin and Jeremy left their friend’s house in Erin’s car that evening. Witnesses spotted them in the car just outside of Sparta around 10pm that evening. They never made it home and have never been seen or heard from again.
The exact circumstances surrounding the pair’s disappearance are unclear. At first, investigators believed that Erin and Jeremy were runaways. However, as time passed without any trace of them, this theory became unlikely. Neither of them have accessed their Social Security Number since they vanished, and Erin never renewed her driver’s license.
Erin's car vanished with them. The case remains unsolved and White Plains police are investigating.