The Disappearance of Kayann Canfield 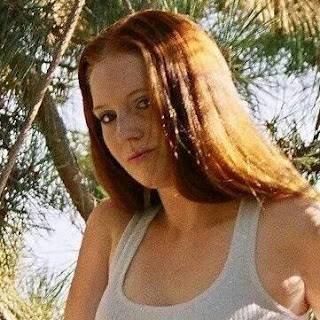 Kayann Canfield has been missing since October 21st, 2013. The 24 year-old woman lived in Toppenish, Washington at the time of her disappearance, and she had recently moved into a new place just two weeks before she vanished. Kayann was previously living at her grandmother's house with her two year-old son. Her grandmother had custody of the young boy, so he remained there after Kayann moved out--but Kayann kept in touch daily.

Kayann was last seen visiting a friend in Wapato. She reportedly sent a text message to her stepfather and asked him to pick her up. Her stepfather agreed, but a short time later, Kayann sent him another message saying she got a ride from someone else. She never made it home and has never been heard from again.

A few days later, police received notice that Kayann was seen walking with her boyfriend in Toppenish. Her missing persons case was then closed, and reports went out stating that Kayann had been located safe. However, Kayann's boyfriend said that he was not with her on the day they were reportedly sighted together. After a few more weeks passed without any sign of Kayann, investigators reopened her case.

On November 5th, 2013, Kayann's mother found clothing that belongs to Kayann in a ditch near the west end of Toppenish. The clothes were freshly washed and clean, and it appeared that they had  recently been dumped in that location. Kayann's family members contacted authorities about the clothing. This finding seemed suspicious, and it ultimately contributed to investigator's decision to eventually re-open the case.

Kayann reportedly struggled with drug and alcohol abuse. Due to this, investigators initially stated that they believed Kayann was a 'runaway'. Kayann's family members disputed this from the beginning. In fact, her grandmother told reporters that Kayann would not have run away, as she relied heavily on her family members. Investigators now believe that it is possible that Kayann met with foul play.

If you have any information that could help solve Kayann's case, please go here to submit an anonymous tip.