It is always frightening when a person vanishes, and the circumstances under which a person disappears are always important to consider. There are quite a few cases where someone has vanished while under the influence of alcohol. Due to the fact that alcohol is a depressant, the consumption of alcohol slows down the brain and affects the body's responses. To the same degree, though, alcohol consumption may lead to more risk-taking behaviors. A person who goes missing while under the influence of alcohol vanished in such a state where they were more vulnerable to potential predators and less aware of potential surrounding dangers. Despite all of this, many of these cases do not always get the attention they deserve due to the stigmas of addiction and the idea that the person may just be "on a bender".

Below is a list of six such cases where a person vanished while under the influence of alcohol. All of these cases remain unsolved today.

Miguel Sonny Scott has been missing since October 27th, 2011. The 19-year-old was last seen at Evergreen-Rotary Park, located in Bremerton, Washington. Miguel and his friends gathered at the park that evening to drink. He never returned home after said gathering and has never been seen or heard from again.

Miguel’s family members did not immediately worry when he did not return home. Miguel’s mother was confident that he would resurface for a doctor’s appointment that he had scheduled for that following Monday. A few weeks before his disappearance, Miguel broke his jaw and had to have his mouth wired shut. This appointment was for follow-up care for the jaw injury. Unfortunately, Miguel never showed up. At that point, Miguel’s family members began to fear something bad had happened to him.

There is a lot of speculation that alcohol and drugs played the primary role in Miguel’s disappearance. Miguel had been prescribed opiates after breaking his jaw, and he mixed the opiates with alcohol on the night he was last seen. It’s been theorized that he became disoriented and then fell into a nearby inlet. It’s also been theorized that Miguel overdosed and his friends panicked and disposed of him. Miguel’s mother mentioned that there were rumors that Miguel owed money to someone, but this rumor has never been confirmed.  None of these theories have been confirmed and it is unclear if Miguel’s friends have been investigated. Miguel remains missing today. [read more] 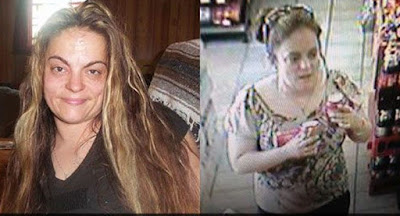 Sheila Morton (33) has been missing since June 2nd, 2014. She was last seen at her ex-boyfriend’s house in Center, Texas. Her ex-boyfriend stated that Sheila was drinking heavily that day, and that she was saying she was going to take their son and leave. Sheila’s ex told her that if she got into her car, he would call the police. He then brought their son inside, leaving Sheila alone outside. When he returned, Sheila was gone. Her purse and keys were found laying in the driveway, but her wallet and phone disappeared with her. He thought that Sheila had called somebody to pick her up.

It was not normal for Sheila to be heavily drinking during the day. In fact, according to her loved ones, Sheila’s behavior and personality changed drastically in the weeks leading up to her disappearance. She had recently quit a restaurant job she had for seven years, moved out of her residence, and began hanging out with an old group of friends. Additionally, the last purchase Sheila was known to make was for a 9mm handgun, which was left behind when she disappeared. Sheila remains missing today and it is unclear who, if anybody, picked her up that day. [read more] 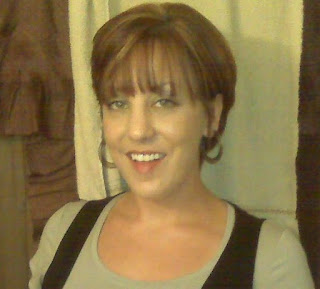 Toni Sharpless vanished at the age of 29 on August 23rd, 2009. The young woman vanished after attending a party at at the Gladwyne, Pennsylvania home of former 76er Willie Green. She was accompanied by her friend Crystal Johns at the party, however at some point, Toni caused a scene and was asked to leave the party. Toni was angry, but she complied and began to drive Crystal and herself home. After driving a few blocks, Crystal told Toni that she was too drunk to drive. This angered Toni even more, and she ended up kicking Crystal out of her car. Toni then drove off alone and has never been seen or heard from again.

Once her loved ones realized Toni was missing, they feared she might have gotten into an accident due to her drunk driving. However, two weeks after she was last seen, her car’s license plate was scanned by an automatic license plate reader in Camden, New Jersey. Unfortunately, the detectives working Toni's case were unable to track the car down. Then, a few years later,a private investigator received a letter postmarked from Trenton, New Jersey. The letter stated, “[Toni] got into an argument with a police officer, she died as a result, and I was paid much-needed $5,000 to move her car from Brooklawn to a shop outside of Boston.” It is not clear if investigators believe this letter is authentic. Toni remains missing today. [read more] [also on the 'Unsolved Party Mysteries' list] 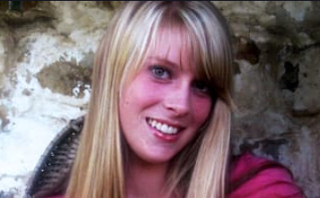 Kortne Stouffer was 21 years-old when she vanished during the early morning hours of July 29th, 2012. On the evening of July 28th, Kortne and her 20 year-old boyfriend Bradley were throwing a party at the apartment they shared in Palmyra, Pennsylvania. Around 9pm, police arrived at the apartment after receiving a call about suspicions of underage drinking. Bradley, who was already on probation and house arrest for driving under the influence while underage, was arrested. Kortne was furious about Bradley's arrest and blamed it on her neighbors, whom she described as "busybodies."her friends attempted to calm her down by taking her downtown for a night out.

Unfortunately, Kortne's mood did not improving upon going out, and she was eventually kicked out of a bar for getting into a screaming match with a couple. Kortne and her friend Cody Pruett walked back to her apartment, where they encountered her neighbors. Kortne began screaming and yelling at them. One of those neighbors was a 44 year-old man named Todd Saksek, who lived in the apartment below Kortne. Witnesses said that they saw Todd and Kortne standing “chest-to-chest”, screaming at each other. The police were called for a second time and arrived around 3am. The police stayed until about 4am until everyone returned to their respective apartments. However, less than 30 minutes later, Todd called the police again after claiming that Kortne and Cody were stomping around her apartment. When they arrived, they noticed that the lights in Kortne’s apartment were off and they did not hear any noise—assuming the chaos had stopped, they let it go and left the apartment without knocking on the door. They did knock on Todd’s door before leaving the building, but he did not answer the door. Cody said that he fell asleep shortly after the stomping stopped and he woke up later that morning around 7:30am, Kortne was gone. She has not been seen or heard from again.

There are no known persons-of-interest in Kortne's disappearance. Cody was thoroughly interrogated and ultimately cleared of suspicion. It is unclear if Todd or any of Kortne's other neighbors were investigated. Kortne remains missing today. [read more] 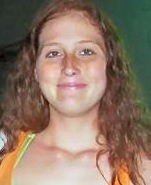 Christina Whittaker vanished at the age of 21 on November 13th, 2009. The mother-of-one spent the evening of her disappearance at a sports bar in Hannibal, Missouri with some friends. At some point, Christina became intoxication and began reportedly harassing patrons at the bar. Around 11:45pm, she was asked to leave the bar.

Christina then wandered to two different nearby bars and asked numerous different people for a ride home. Some people she asked were acquaintances, and others were complete strangers. Nobody obliged Christina’s request, and she was last seen running away crying. Christina’s mother, Cindy Young, began to worry about her the following morning, after Christina’s boyfriend said that she had not come home the previous night. Shortly thereafter, Christina’s phone was found on the ground outside, several blocks away from the bar. After this discovery, Cindy reported her missing.

Cindy believes that Christina's alcohol consumption combined with her bipolar disorder made her more vulnerable to manipulation on the night of her disappearance. Cindy explained that she believes Christina was forced into sex trafficking and was taken to Peoria, Illinois. This has never been confirmed. Christina remains missing today. [read more] 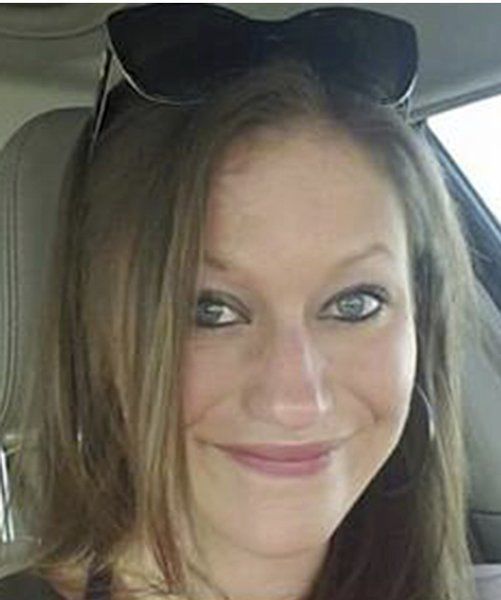 Sarah Burton (28) went missing during the early morning hours of July 16th, 2018. The mother-of-two was last seen at an apartment building in northwest Joplin, Missouri. When Sarah was first reported missing, it was believed that she was last seen near 10th Street and Rex Avenue on the east side of Joplin. This is the location where Sarah’s friend dropped her off after a night out together. Sarah reportedly told her friend that she wanted to walk the rest of the way home. A few days later, said friend brought Sarah’s purse and one of her shoes to her parent’s house. The friend told Sarah’s parents that Sarah had left the items in her car. Sarah’s mother reported her missing the following day.

A few months into the investigation, detectives learned that Sarah was seen an additional time after being dropped off by her friend. A detective working the case explained, “based on our investigation, she was actually seen later that same morning at a residence in the northwest part of Joplin.” Detectives have kept quiet about how they actually obtained this information, but it was revealed that the residence where Sarah was last seen was searched twice in December 2018. Both searches came up empty.

Sarah was struggling with addiction at the time of her disappearance. In the months leading up to her disappearance, Sarah was living with her parents at their home in Joplin, however they were hoping to get her into a residential treatment program. Before they could, Sarah simply vanished. She remains missing today. [read more]
at June 25, 2019