The Disappearance and Murder of Jholie Moussa 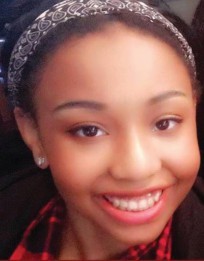 Jholie Moussa (16) disappeared from her home in Alexandria, Virginia on January 12th, 2018. That evening, she was doing her twin sister Zhane Moussa’s  hair, pausing every few minutes to text on her phone. According to Zhane, after receiving one particular text, Jholie abruptly stated that she had to go and promptly left their residence on foot. Jholie told Zhane that she would be returning soon, however, she never returned at all that night. A few hours later, Zhane received a text from Jholie’s phone that stated that she was going to a party in Norfolk–a town over 200 miles away from Alexandria. Later that night, Jholie’s mother received a missed call from Jholie’s phone, but when she tried to call her back, she got no response. She was never seen or heard from by family members again.

Police initially labeled Jholie as a runaway, despite the fact that her family members called her disappearance out of character. Unfortunately, two weeks later, Jholie’s body was found in a wooded area at Woodlawn Park–located less than a mile from her home. Police say that Jholie was murdered, though they initially did not release a cause of death. Jholie’s 17 year old ex-boyfriend was identified as a person of interest in the case. Jholie apparently already had a order of protection placed against him prior to her murder. Police did not initially release his name due to his minor status and for unclear reasons he was not immediately charged with anything related to Jholie's death.

Then, on August 31st, 2018, the ex-boyfriend was identified as Nebiyu Ebrahim (18) after he was arrested and charged with Jholie’s murder. Ebrahim’s arrest came shortly after he was released from jail for assaulting Jholie prior to her disappearance. Jholie’s family members were relieved when Ebrahim was finally charged with her murder. When asked about a potential motive, Jholie’s family stated that they believe it was a case of “If I can’t have you, no one else can.”

On June 12th, 2019, Ebrahim pleaded guilty to first-degree murder in the slaying of Jholie Moussa. It was revealed that Ebrahim told investigators he killed Jholie in a "blind rage" after meeting up with her at a park on the night of her disappearance. He explained that he was already angry about the fact that he had been convicted of assault Jholie by choking her and slapping her in an incident prior to her murder. He was sentenced to 99 years in prison for the murder charges.