The Disappearance of Sydney West 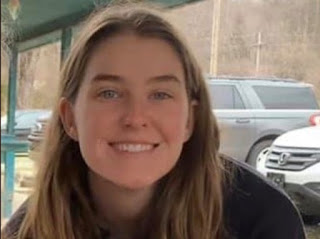 Sydney West (19) has been missing since September 30th, 2020. The young woman is originally from Chapel Hill, North Carolina, but she vanished in San Francisco, California. Prior to her disappearance, Sydney was taking classes at University of California Berkeley and staying with friends in the San Francisco area. She was reportedly last seen on the afternoon of September 30th, at Crissy Field--located near the Golden Gate bridge. Crissy Field is a popular area for joggers, cyclists, and other outdoor activities. It's unclear what Sydney was doing at Crissy Field that day, but she never returned home and has not been seen or heard from again.
Sydney's family members last saw her in August 2020. According to her uncle, Sydney's family helped her move into her dorm at the UC Berkeley campus. However, reports about Sydney's case state that she was staying with friends in the San Francisco area prior to her disappearance. It appears that Sydney moved out or stopped living in her dorm at some point between her move-in date and her disappearance. Sydney's uncle also stated that she was having trouble adjusting to college life.
Investigators have labeled Sydney as 'at-risk' due to depression. This has also raised more concerns, especially since Sydney was last seen near the Golden Gate bridge. However, at this time it appears that nobody reported seeing her actually on the bridge on the day of her disappearance.
Sydney remains missing. She is described as 5'10" and 130 lbs. If you have any information that could lead to Sydney's whereabouts, please go call 1-415-552-4558 to submit an anonymous tip.
at October 11, 2020