The Murder of Stephen Spina 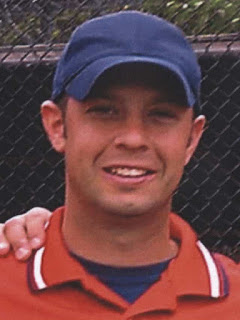 Stephen Spina (36) was brutally murdered inside his Mamaroneck, New York apartment on September 17th, 2007. The day of his murder was supposed to be a fun day--he planned to leave work early to go to lunch with his girlfriend and then later take his 12 year-old daughter to a Yankees game. Unfortunately, neither happened. Stephen was last seen alive by a neighbor around 9:30 that morning. Later, he never showed up to meet his girlfriend for lunch as planned. His girlfriend then went to his apartment around 12:30 to check on him. Once inside, she stumbled upon a gruesome scene: Stephen was dead. He had been stabbed to death.
Stephen's murder has baffled both his loved ones and local investigators. Over the years, there have reportedly been a few different theories about his killer--but so far, nobody has ever been arrested or charged with anything related to the case. Stephen worked as a postal carrier and he was well-liked in the community. He did not have any known enemies, however his tires were slashed about a month before his murder. Stephen met with police regarding this incident, and he mentioned a co-worker with whom he had recently argued. Said person was reportedly closely investigated after Stephen's murder.
Investigators also looked at Stephen's ex-girlfriends. Although he was reportedly on good terms with his exes, investigators felt there was a possibility that an ex could have been involved in both his tires getting slashed and his murder. Still, nobody has been formally identified as a suspect--but nobody has been ruled out, either. Investigators are quite certain that Stephen's death was not random, and it's likely that he knew his killer. He worked an unusual schedule as a mail carrier, but whoever killed him must have known enough about his schedule to know that he was going to be home that morning.
Stephen's murder remains unsolved. If you have any information that could lead to the arrest of a suspect, please call (866) 313-TIPS (8477) to submit an anonymous tip.
at October 13, 2020