The Disappearance of Cerise Campbell 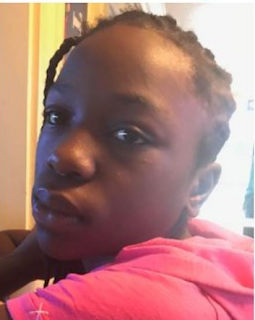 Cerise Campbell (11) has been missing since August 2020. Some sources have the date of her disappearance as August 2nd, 2020, while others list the date of her disappearance as August 7th, 2020. Cerise was reportedly last seen at her home in San Antonio, Texas. There is very little additional information available about Cerise's disappearance, but she is listed as a runaway.
At this time, there is also very little information about what happened on the day Cerise vanished. Although reports state she left on her own accord, it's unclear what lead her to run away. Information about Cerise's life and family is scarce. On August 19th, 2020, a short video about Cerise's disappearance was posted on the National Center for Missing and Exploited Children Facebook page. Many San Antonio locals commented on the post, saying that they had not heard anything about Cerise's disappearance--despite the fact that she had been missing for over two weeks at this point.
Missing children who are classified as endangered or kidnapped often receive more media attention than children who have left on their own accord. However a child of Cerise's age is considered to be the most at-risk amongst runaway children. It's also very unlikely that an 11 year-old child would be able to run away without help, so there is a strong possibility that somebody in Cerise's life has information about her disappearance. Still, there have been very few public updates about her disappearance.
If you have information that could lead to Cerise's whereabouts, please call 1-800-THE-LOST.
at October 09, 2020