5. The Disappearance of Roxanne Paltauf 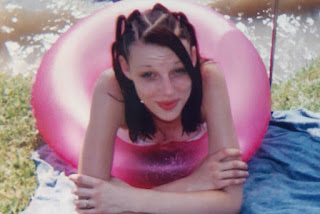 Roxanne Paltauf was 18 years-old when she vanished on July 7th, 2006. In the days leading up to her disappearance, Roxanne had been spending a few days at a Budget Inn motel in Austin, Texas with her 30 year-old boyfriend Louis Walls. Roxanne's family members learned that she was missing after Louis called Roxanne's mother from her phone. He told Roxanne's mother that Roxanne had angrily left the motel room the previous evening after the two of them had gotten into an argument. Roxanne's family members reported her missing very shortly thereafter.

Since Louis was the last person to see Roxanne, he was very quickly labeled a person of interest in the case. Louis allegedly had a history of being abusive towards Roxanne as well. However, he was not the only person of interest. Just days after Roxanne's disappearance, on July 13th, 2006, Roxanne’s personal identification card was found in the possession of another man named Geoffrey Moore. Her ID was found in his wallet after Geoffrey was arrested for attempting to rape an exotic dancer at a location near the Budget Inn where Roxanne was last seen. Investigators spoke to Geoffrey about Roxanne after his arrest, but it is still unclear how exactly Roxanne’s ID came into his possession.

Roxanne remains missing today. Both Louis and Geoffrey remain persons of interest in the case. Roxanne's loved ones believe Louis is responsible for her disappearance, however authorities have not been able to rule out Geoffrey either. Roxanne's case remains unsolved. [read more]

4. The Murder of Jill Behrman

Indiana University student Jill Behrman vanished at the age of 19 on May 31st, 2000. The young woman left her Bloomington, Indiana home on her bicycle that day and never returned home. Two days later, her bicycle was found abandoned in a field north of town.

The police were mislead in Jill's case from the beginning. In 2001, a woman named Wendy Owings came forward and stated she was in the car with another woman named Alisha Sowders and a man named Uriah Clouse when they hit Jill while driving around under the influence of alcohol and drugs. Wendy told authorities that Jill was not dead after she was hit, but they believed she significantly injured so the women decided to kill her. Wendy claimed they dumped Jill's body in a creek and then abandoned her bicycle on the other side of town. However, in March 2003, Jill's remains were found in a remote area of Morgan County. She was not found in the creek where Wendy claimed she had been dumped. An autopsy also revealed that Jill's injuries were not consistent with being struck by a vehicle. In fact, Jill had died of a gunshot wound to the back of her head. At that point, Wendy changed her story and denied her involvement in Jill's death. She was already incarcerated for an unrelated charge at the time she made the confession about Jill's death, so it was believed that Wendy was coerced into a false confession. She and Alisha were cleared of suspicion. However, Uriah Clouse remained a suspect.

Clouse continuously denied his involvement in Jill's death, and eventually investigators closed in on another suspect: John Robert Myers II. Myers had reportedly made incriminating statements about the case to his friends and family members. In March 2006, a grand jury began an investigation into Jill's disappearance and death. About a month later, on April 9th, 2006, Myers was arrested and charged with Jill's murder. He was eventually convicted by a jury and sentenced to 65 years in prison. Years later, in September 2019, a District Court judge in Indianapolis took another look at the case and ultimately decided to vacate the murder conviction against Myers. The decision came after it was deemed that Myers received "ineffective assistance of counsel" during his trial, which is a violation of Sixth Amendment rights. It was also determined that Myers' attorneys made inaccurate statements to the jury during opening statements.

Jill's case is now back to being classified as unsolved. Both Clouse and Myers remain potential suspects. [read more]

3. The Disappearance of Keiosha Felix 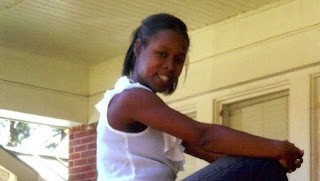 Keiosha Felix has been missing since April 30th, 2012. She was only 15 years-old at the time she vanished. Keiosha was last seen at her aunt Patricia Andrus' home in Duson, Louisiana. Patricia told police that Keiosha left their home and never returned. Keiosha was initially labeled as a runaway, however as detectives investigated her disappearance, they learned that Keiosha had told Patricia that Patricia's boyfriend Leon Wilkerson Jr. had sexually assaulted her. This raised many suspicions against both Leon and Patricia, especially because Patricia never reported the alleged assault, nor did she tell investigators about it after Keiosha went missing.  In July 2012, Leon was arrested and charged with rape and second-degree kidnapping in connection with Keiosha’s disappearance. Patricia was arrested and charged with improper supervision of a minor and accessory to rape. Keiosha’s cousin Portia Felix, who told investigators that she heard from Keiosha after her disappearance, was arrested and charged with obstruction of justice. A month later, Leon’s brother Ronald Wilkerson was also arrested and charged with kidnapping in connection with Keiosha’s case.

Unfortunately, the officials handling the case did so improperly. In September 2012, it was determined that Duson PD's Lt. Gerald Credeur had illegally arrested two people for kidnapping, given false testimony and made an illegal search and seizure during the investigation. As a result, the charges against Leon and Ronald were dropped. The following year, the charges against Patricia and Portia were dropped as well.

Many still believe that Leon, Ronald, Patricia and Portia are involved in Keiosha's disappearance, and  that they are only free because the investigation was botched. However, detectives have now labeled an unidentified man as a person of interest as well. This man was reportedly spotted at an AT&T store in Lafayette, Louisiana shortly after Keiosha’s disappearance. The man purchased a SIM card at the store, and said card was later used with Keiosha’s password. Keiosha remains missing today, none of the aforementioned individuals have been ruled out. [read more]

2. The Disappearance of Brittanee Drexel 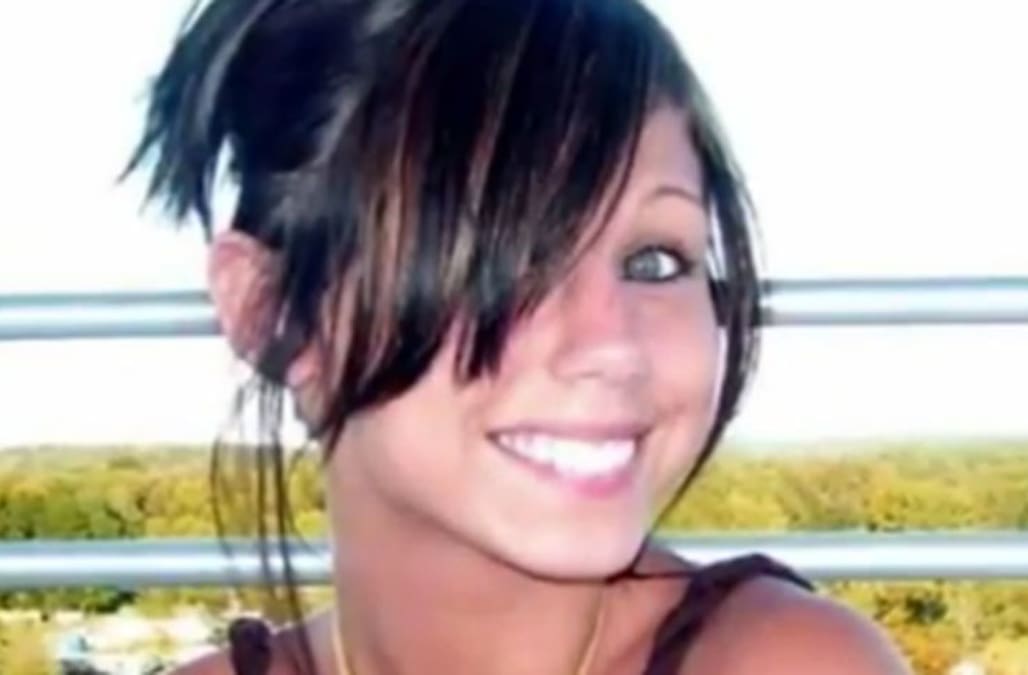 Brittanee Drexel vanished at the age of 17 on April 25th, 2009. Brittanee is originally from Rochester, New York, but she vanished while on a spring break trip to Myrtle Beach, South Carolina. Brittanee's mother had not allowed her to go on this trip, however Brittanee went anyway--after telling her mother she was spending the weekend with a friend. On the night of her disappearance, Brittanee was hanging out with a male friend at the Blue Water Resort. She left that hotel shortly before 9pm, but she never made it back to the hotel where she was staying. Brittanee has never been seen or heard from again.

Once Brittanee was reported missing, detectives looked at various registered sex offenders in the Myrtle Beach and Georgetown areas. One particular man they looked at was Raymond Moody, a sex offender who had been convicted of kidnapping and raping a young girl years earlier. Detectives conducted searches in properties where Moody had stayed, and they continued to keep him on their radar over the years.

However, in 2016, a press conference was held that implicated other individuals in Brittanee's disappearance. During the conference, FBI officials announced that Brittanee was taken from Myrtle Beach to the McClellanville area, where she was held for a few days against her will and then was killed. When asked how the FBI came to this conclusion, the lead investigator said: “there has been an exhaustive amount of evidence in this case. The investigators are certain that this is what happened and I can’t give you the exact details on that, but we are certain.” McClellanville local Timothy Da’Shaun Taylor was named as one of Brittanee's kidnappers.

Years have passed since this announcement, but no arrests have been made in Brittanee's case. Taylor denies involvement in her disappearance. No other persons, including Moody, have been definitively ruled out. Brittanee remains missing today. [read more]

1. The Disappearance & Murder of Lindsey Baum 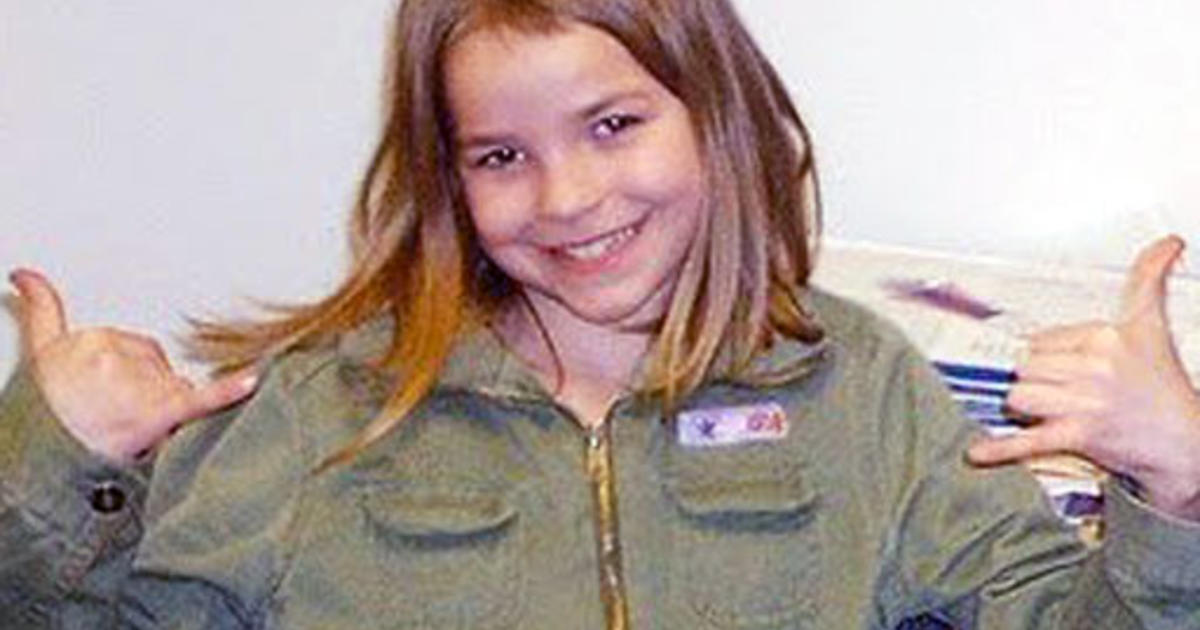 Lindsey Baum was only 10 years-old when she vanished on June 26th, 2009. She disappeared while walking home from a friend's house in McCleary, Washington. Lindsey left her friend's home around 9:15pm and was expected home by 9:30--but unfortunately she never arrived. Her mother reported her missing by 11pm that evening.

Searches for Lindsey unfortunately came up empty. However, the investigation into her disappearance did turn up a few persons of interest. In 2010, the FBI searched the home of a 47 year-old man who had provided “inconsistent” statements to police, but no arrests were made. Two years later, investigators searched the home of local jewelry/pawn shop owner Tim Hartman. Throughout the search, investigators found ropes and handwritten notes about Lindsey’s disappearance. Hartman was publicly labeled a person of interest, but he was not arrested. Years later, during the summer of 2017, three elderly brothers known as the Emery brothers were arrested in Mason County, Washington and charged with possession of pornography. Mason County is located just 17 miles from Lindsey’s home in McCleary. Investigators searched their home for a possible connection to Lindsey, but have yet to reveal if they found one.

Despite the multiple persons of interest, investigators were seemingly unable to locate Lindsey or determine what happened to her. Meanwhile, in September 2017, a hunter found human remains in a remote area of Eastern Washington--located an approximate three hour drive away from Lindsey's home in McCleary. The remains were sent to Quantico, and in May 2018, they were positively identified as that of Lindsey Baum. Her death was labeled as a homicide.

None of the aforementioned people have been publicly ruled out in Lindsey's case. Still, no arrests have been made either. Lindsey's murder remains unsolved. [read more]
at August 09, 2020