The Disappearance of Keiosha Felix 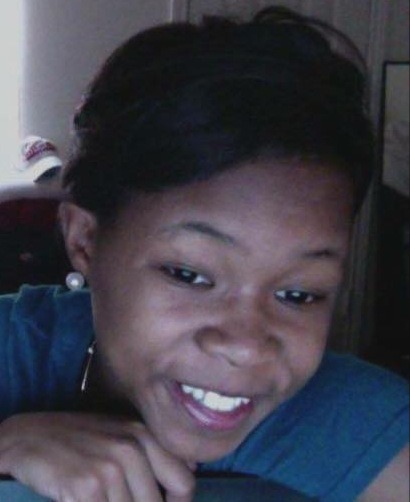 Keiosha Felix was only 15 years-old when she vanished on April 30th, 2012. At the time of her disappearance, Keiosha had an infant child, and the mother and daughter were living together in a group home for teenage girls who are pregnant or have young children. She was living there because her mother was in prison, which left her in the custody of the state of Louisiana. The weekend before she vanished, Keiosha got a weekend pass to visit her paternal aunt Patricia Andrus. She was last seen leaving Patricia’s Duson, Louisiana home and she has never been seen or heard from again.

Keiosha was initially classified as a runaway. She had run away once in the past, but she was back after two days. Additionally, Patricia’s daughter/Keiosha’s cousin Portia Felix claimed to have heard from Keiosha after April 30th, and that Keiosha said she was “just fine”. However, many relatives on Keiosha’s mother’s side of the family believed otherwise. Those relatives stated that Keiosha would not leave her one year-old daughter behind. Keiosha was also a frequent social media user, yet she had not accessed any of her social media accounts since the day she was last seen.

Three months later, Keiosha was reclassified as an endangered missing person. Throughout the investigation, the Duson Police Department learned more information about Keiosha’s relationship with her aunt Patricia and Patricia’s boyfriend, Leon Wilkerson Jr. Prior to her disappearance, Keiosha allegedly told Patricia that Leon had sexually assaulted her. Patricia never reported this to the authorities, nor did she tell investigators about it after Keiosha went missing. In July 2012, Leon was arrested and charged with rape and second-degree kidnapping in connection with Keiosha’s disappearance. Patricia was arrested and charged with improper supervision of a minor and accessory to rape. Keiosha’s cousin Portia, who told investigators that she heard from Keiosha after her disappearance, was arrested and charged with obstruction of justice.

Leon, Patricia and Portia all denied the charges brought against them. Patricia admitted that Keiosha did, in fact, tell her that Leon sexually assaulted her. Patricia stated that she confronted Leon about it and he denied it. She believed him, so she never reported it to DCF. Duson PD continued to pursue charges against the three of them and in August 2012, Leon’s brother Ronald Wilkerson was also arrested and charged with kidnapping in connection with Keiosha’s case.

It seemed that investigators were closer to getting their answers about what happened to Keiosha. Then, the following month, the investigation took an unexpected turn.

In September 2012, Duson PD’s Assistant Chief of Police, Lt. Gerald Credeur, was removed from the investigation and suspended from duty. Lt. Credeur had been left in charge of handling Keiosha’s case, but in September 2012 the Chief of Police Frank Andrew told the Duson Board of Aldermen that Credeur had improperly handled the case. Chief Andrew explained that Credeur had illegally arrested two people for kidnapping, given false testimony and made an illegal search and seizure during the investigation. The Board of Alderman determined that Credeur did, in fact, make the searches and the arrests without probable cause and he was fired the following month. The charges against Leon and Ronald Wilkerson were dropped.

The Lafayette Parish Sheriff’s Office took over the investigation. In April 2013, it was announced that the charges against Patricia and Portia had been dropped as well. The district attorney stated that the evidence against all four individuals was all “unsubstantiated hearsay”. Investigators have since turned their attention to an unidentified man who was spotted in an AT&T store in Lafayette, Louisiana shortly after Keiosha’s disappearance. The man purchased a SIM card at the store, and said card was later used with Keiosha’s password. Investigators stated that this man is currently not a suspect, but they believe he may have information about Keiosha’s disappearance. 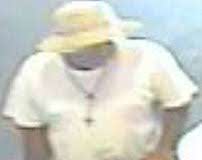 Years have passed, and Keiosha remains missing. Theories about what happened to her remain mostly divided. Some believe that Keiosha did, in fact, run away, and that the man in the surveillance images may have known something about it. Others believe that Leon and Patricia are responsible for Keiosha’s disappearance, and that they are free only because the police botched the investigation. Investigators have acknowledged this, however they have stated that they are currently focusing on finding Keiosha rather than filing criminal charges against anyone in her disappearance. The FBI is now involved in the case. If you have any information that could help solve Keiosha’s disappearance, please report it here.