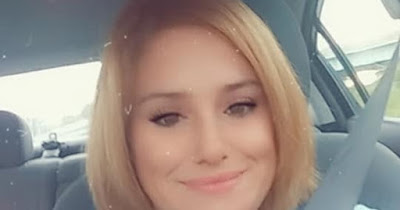 On February 21st, 2020, a group of fishermen called authorities in Harrison County, Ohio after they spotted the body of a woman floating face down in the Tappan Lake Dam. The deceased woman was later identified as 37 year-old Lorie Storie of Zanesville, Ohio. Lorie was not listed as a missing person at the time, however her family members told authorities that they had been trying to get in contact with her for about a week before her body was found.

An autopsy determined that Lorie's death was a homicide. She had been brutally beaten to death. It is believed that Lorie was murdered at a separate location, and that her body was disposed of in the dam after-the-fact. Investigators are working to locate a more specific crime scene. Additionally, investigators are actively searching for Lorie's killer. No suspects or persons of interest have been identified at this time.

If you have any information that could help solve Lorie's murder, please contact the Harrison County Sheriff’s office at 740-942-2197.
-
UPDATE: 63 year-old Larry Smith has been arrested and charged with Lorie's murder. Larry is also a Zanesville local--and in addition to being charged with murder, he has also been charged with tampering with evidence. Investigators have not yet revealed a connection between Larry and Lorie, however the prosecutor stated that his arrest is "the result of weeks-long investigation involving multiple law enforcement offices and agencies, including the Harrison County Sheriff’s Department, Muskingum County Sheriff’s Office, Ohio Bureau of Criminal Investigation and the FBI." More updates are expected.