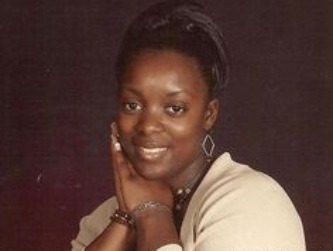 Demakia Phinizee vanished at the age of 26 on October 12th, 2007. At the time of her disappearance, Demakia was had just become a veteran. She had recently completed five years in the U.S. Army, and had started working as a security guard at the Fillmore Center—an alternative school located in Tupelo, Mississippi. Demakia was seen dropping somebody off at the school before driving away in her red Pontiac Grand Am (pictured below). She never returned home to her three children and has never been seen or heard from again. 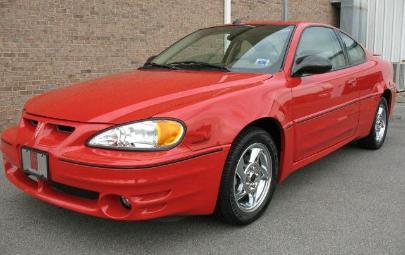 Later that evening, Demakia’s car was found parked at the Warfield Apartments on Jackson Street in Tupelo. Witnesses reportedly saw the vehicle entering the complex at a high speed rate. After it was parked, the witnesses saw an African-American male wearing a white t-shirt and blue jeans getting out of car’s driver seat before running behind the apartment building. Said male has never been identified.

Demakia remains missing today, and there has been very little information released about the investigation. Early on, it was revealed that police reportedly have no suspects or persons of interest in her case. Despite the suspicious incident with her car, Demakia’s case is not being investigated as a crime; but just as a missing persons case. However, Demakia’s family members do not believe she would voluntarily abandon her children or stay out of touch with her loved ones. Northeast Mississippi Crimestoppers has taken over the investigation into Demakia’s disapearance. If you have any information that could lead to her whereabouts, please contact them at 1-800-773-8477.
-
UPDATE (April 2020): More details have recently been released about Demakia's disappearance.
Though this was not initially revealed to the public, Demakia's husband, Robert Delawrence "Tre" Phinizee has reportedly been a person of interest in the case since the beginning. When police questioned him about Demakia's disappearance, he told them that he last saw her around 6am on the day she vanished. He also told police that he suspected Demakia had "run off with a new boyfriend." However, investigators have not found any evidence to support this theory. Tre and Demakia were separated at the time she vanished, and she was seeing another man, but this man is not considered a person of interest.

The day after Demakia's disappearance, Tre took their children and moved out of Tupelo. He later remarried. In February 2020, he was arrested and charged with the attempted murder of his new wife. With Tre behind bars, investigators are hoping to once again question him and look into his involvement in Demakia's disappearance.