The Disappearance of Brandi Shontay Brown 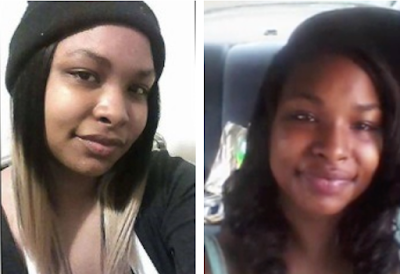 23 year-old Brandi Shontay Brown has been missing since September 2016. A few days before vanishing, Brandi got into a car accident and had to spend a few days at Sinai Grace Hospital located in Detroit, Michigan. The exact date of her release from the hospital is unknown, but Brandi was last seen the day she was discharged and has never been seen or heard from again.

According to family members, Brandi was having personal problems prior to her disappearance, and they felt she was hanging out with the wrong crowd. Despite this, Brandi’s family does not believe that Brandi would abandon her young daughter, nor do they believe that she is out of touch by her own free will.

The last known sighting of Brandi occurred shortly after she was discharged from Sinai Grace. She was seen on Seven Mile Rd & Forrer St, located on the west side of Detroit—about two miles away from the hospital. The circumstances around how Brandi actually left the hospital are unclear. It’s possible that she walked to the last place she was seen, or she could have taken a cab or been picked up by a friend. This information is not available, and there are unfortunately very few details available about Brandi’s case overall.

Brandi remains missing today. If you have any information that could lead to her whereabouts, please contact the Detroit Police Department at 313-596-2221.