The Murder of Alycia Mesiti 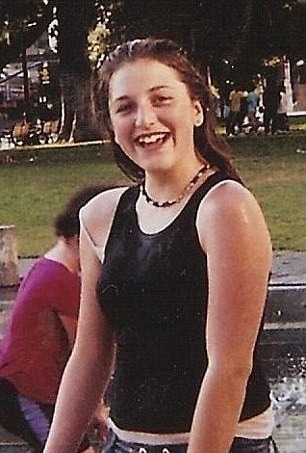 Alycia Mesiti was only 14 years-old when she was murdered by her own father on August 13th, 2006.

Mark Mesiti (pictured below) was given custody of Alycia and her brother less than a year earlier. The children moved into Mark’s home in Ceres, California after a Santa Clara County court found their mother Roberta Allen to be an unfit mother who struggled with depression. This left Alycia and her brother in Mark’s custody, despite the fact that Mark had a long criminal record. Seven years prior to gaining custody, Mark was convicted of several charges including drunk driving and bank fraud. He also had a domestic violence charge, for which he ended up accepting a plea deal and was ordered to attend anger management classes.

On August 14th, 2006, Mark’s girlfriend Shelly Walker took a flight from Los Angeles to Northern California to visit Mark at his home in Ceres. Shelly originally planned to pick Alycia up from a relative’s house in San Jose on her way from the airport, but Mark called her and told her to come straight to Ceres instead. When Shelly questioned Alycia’s absence, Mark allegedly told her that Alycia ran away. Shelly subsequently reported her missing as a runaway to the Ceres Police Department. Investigators stated that they initially did not find any evidence of foul play, and they believed Alycia actually had runaway from home. Mark ended up being evicted from the residence in December 2006. He eventually moved to Los Angeles with Shelly.

After nearly 3 years passed without any sign of Alycia, the investigation shifted. In March 2009, investigators brought cadaver dogs to Mark’s old home in Ceres. After getting a hit, a team dug up the backyard and ended up finding remains. Those remains were later identified as that of Alycia Mesiti.
After Alycia's remains were identified, investigators obtained a search warrant for the home Mark and Shelly shared in Los Angeles. There, it was discovered that Mark and Shelly were running a meth lab in the home where children were living. The two were subsequently arrested and booked on drug and child endangerment charges.

As these charges were pending in Los Angeles, investigators in Ceres began working with Stanislaus County prosecutors on Alycia’s case. An autopsy concluded that Alycia died of acute drug intoxication. The report states, “the body showed the presence of opiates, morphine, amphetamine, methamphetamine, benzodiazepines, diazepam, methadone, and anti-depressants.” Investigators believed that Mark provided his daughter with these drugs for a horrifying reason: to prevent her from resisting his sexual abuse. There was proof that Mark had been sexually abusing Alycia, as a numerous amount of pornographic images of Alycia and other minor children were found on his computer. Investigators also uncovered videos of Mark molesting his daughter while she was unconscious. Mark was convicted on the drug and child endangerment charges in 2011. After that, investigators had been sent back to Stanislaus County where he was charged with Alycia’s murder. He was also charged with sexually abusing Alycia and two other minor girls.

Mark’s trial began in October 2017. However, just a few days in, Mark decided to plead guilty. It is unclear what led him to change his plea, but just a few weeks later he tried to take the guilty plea back. The judge denied this, and Mark was eventually sentenced to life behind bars. He remains in prison today.