Eight cases in which a person vanished after getting into a vehicle driven by an unknown driver. All of these cases remain unsolved today.

Janina Vasquez (27) vanished after leaving the Isle of Capri casino on February 12th, 2015. The young woman was living with her parents in Kansas City at the time of her disappearance. On the evening of Janina's disappearance, she told her parents she was going to meet some friends at the casino. Security cameras captured Janina exiting the casino at 7:40pm and getting into an unidentified red car. Janina never returned home after that, and her mother reported her missing on the evening of February 13th, 2015.

Just seven days later, a city worker found Janina’s body at the bottom of a well in Overland Park. Investigators determined that Janina had died from blunt force trauma. Despite this, authorities ruled Janina’s death as accidental. However, there are many factors in this case that lead Janina’s mother and many others to believe that Janina was murdered. The well that her body was found in is surrounded by a gate with a barbed wire. Janina suffered from chronic pains and seizures, and her mother does not believe she would have been able to climb over that gate by herself. Additionally, over a year after Janina was found dead, authorities told her mother that Janina apparently made a 911 call from the bottom of the well during on the night of February 12th. Apparently the officers who responded to the 911 call searched the park, but not the well, before leaving. It is unknown what Janina said on the 911 call, but her mother believes that somebody had thrown her into the well. The person who picked up Janina from the casino also remains unknown. It is unclear if police ever made an attempt to identify said driver. [read more] 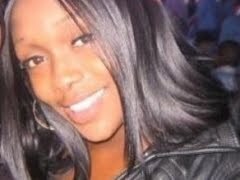 Kalisha Madden vanished at the age of 26 on November 28th, 2011. The mother-of-six was last seen after ending a shift at Club Vegas in Detroit, Michigan, where she worked as an exotic dancer. Kalisha was reportedly seen getting into a black truck outside of the club with three unidentified African-American men. It is believed that Kalisha had just met the men that same night. She never returned home to her children and has never been seen or heard from again.

According to Kalisha’s mother Pamela Johnson, Kalisha would never voluntarily leave her children behind. Pamela believes that her daughter was murdered. She told reporters, “word is in the streets that she is deceased and she is buried in Detroit.” It is unclear where Pamela received this information, however she believes that Kalisha met dangerous people while at her job. There is a local rumor that has been speculated about on various forums and social media sites as well. This rumor suggests that Kalisha was involved in another dangerous job that involved setting people up for robbery. One particular Detroit local posted that Kalisha “was setting people up to be robbed and this was payback for it. I’m not sure how true that is, just what I have heard.” Others commented on the post confirming that they, too, heard a similar statement. None of this has been confirmed by police, however investigators have remained quiet about the investigation. 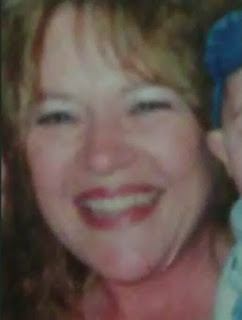 46 year-old Sebia Archer (also goes by the name Sheba Daniels) has been missing since May 18th, 2017. At the time, Sheba was living with her cousin Mike Hensley in Johnson City, Tennessee. Sheba was last seen around 8:30pm on the day she vanished. Witnesses spotted her at a Shell gas station on the corner of Cherokee Road and Southwest Avenue. Sheba was seen getting into a multi-colored car with car with an unidentified African American man. Witnesses do not believe that she appeared to be in distress at the time.

According to family members, Sheba did frequently catch rides with people, however they do not believe she would get into a car with a person she did not know. It is unclear if investigators believe that Sheba knew the man she was last seen with, and he has yet to be identified. It is uncharacteristic for Sheba to be out of touch for this long and her family is concerned for her safety. Sheba remains missing today. [read more] 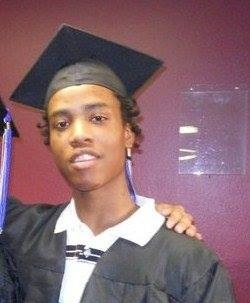 Bilial Hammette vanished at the age of 18 on August 6th, 2011. On that day, Bilial’s mother last saw him at their home in Beloit, Wisconsin. He told his family members that he was going fishing. An unidentified person in a black vehicle picked Bilial up at the home, and that was the last time he was ever seen. His mother thought it was his parole officer that picked him up, which is why she did not worry when Bilial did not return home that night. However, after days passed without any word from him, Bilial’s mother reported him missing on August 12th. Bilial did not have a bank account or a cell phone at the time of his disappearance. This left police with very little to work with, and it is unclear if the person who picked Bilial up has ever been identified. Bilial’s family and friends maintain that he would not be out of touch for this long, and they are concerned for his safety. The Beloit Police Department is still investigating his case. [read more] 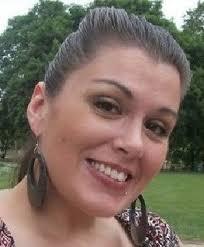 Sylvia Galvan vanished at the age of 30 in 2011. The circumstances surrounding Sylvia’s disappearance are clouded with mystery; likely because she was estranged from both her parents and her four children at the time she vanished. Due to this, it took a very long time for them to realize she was missing. In fact, Sylvia was not reported missing until 2013—over two years after she was last seen.

Throughout the investigation, detectives were able to determine that Sylvia was last seen in her hometown of Mount Morris, Michigan on October 1st, 2011. Detectives were also able to track down witnesses, who revealed that Sylvia was last seen getting into a vehicle with a group of unidentified men. Authorities have not revealed any further information on the investigation at this time, however they have stated that they believed foul play was involved in Sylvia’s disappearance. Sylvia remains missing today. [read more] [Disappearances with Reporting Gaps] 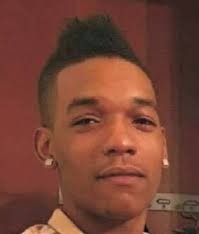 Brandon Bankhead (19) vanished after attending his great-grandmother’s funeral on May 28th, 2016. The funeral was held at Life Center International Church in St. Louis, Missouri. Once the service ended, Brandon was seen getting into a vehicle with some friends. He has never been seen or heard from again.

Brandon’s family members did not recognize the friends he left the service with, and they believe that foul play is responsible for his disappearance. A few weeks after he vanished, Brandon’s mother received a threatening phone call stating that her son was being held captive in a vacant home in Walnut Park, and he was going to be killed. According to Brandon’s grandmother, the caller said, “We got your son, we got him in a closet tied up, and we getting ready to kill him.” The call has never been traced and it is unclear if the family and/or investigators believe the call was authentic. Brandon remains missing today. [read more] [Unsolved Mysteries & Suspicious Phone Calls] 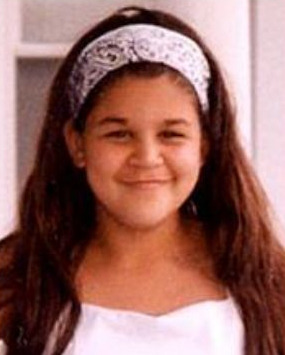 On the morning of November 7th, 2001, ten year-old Bianca Lebron arrived at her elementary school in Bridgeport, Connecticut and told her friends that she was not be attending class that day. Instead, she told them, she was going shopping with her uncle. Bianca asked her friends if they wanted to join, but they declined. Shortly thereafter, an older model brown/tan van pulled up in front of their school. Bianca’s friends watched as she got inside the car and it drove off. Bianca has never been seen or heard from again.

When Bianca did not return home from school that afternoon, her mother simply thought she had gone to a friend’s house. As hours passed, Bianca’s mother grew increasingly worried and ended up calling the police at 8:30pm that evening. Bianca’s family soon learned that Bianca never attended school that day. Investigators spoke to the friends who witnessed her getting into the van that morning. They told investigators that they were not worried when Bianca got into the van because they thought the driver was Bianca’s uncle. Her family members told investigators that Bianca does not have an uncle, and none of her relatives drive the car she was picked up in. At this point, it was clear that Bianca had been abducted. The suspect was described as a Hispanic male around 20 to 30 yrs old, 5"8 to 5"11 with an average build, black curly hair, long sideburns and a beard. He has never been formally identified and Bianca remains missing today. [read more] 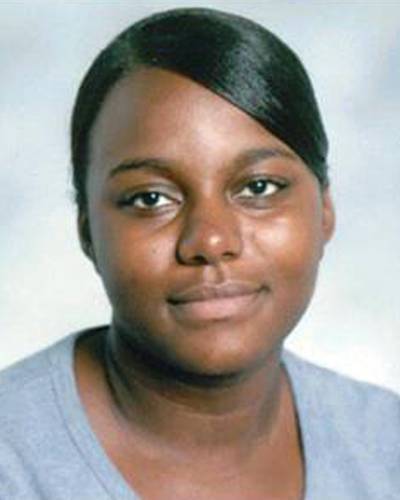 18 year-old LaQuanta Riley was last seen by her family at their Montgomery, Alabama home on December 7th, 2003. LaQuanta’s last encounter with her family was very brief; she arrived at the family’s home around 11:30pm to get a jacket, then left immediately after that. During the short amount of time she was inside the house, LaQuanta’s brother noticed that she had been driven there by a person in a dark green car that he did not recognize. When he asked her who the driver of the car was, LaQuanta simply replied that the driver was her friend. After retrieving her jacket, LaQuanta returned to the dark green car and was driven away. She never returned home after that.

About a week later, LaQuanta’s mother received a voicemail that she believes was from her missing daughter. The message was not clear, but it sounded as if the caller said either “leave me alone,” or “let me go home.” Also in the voicemail, a man’s voice is heard in the background saying LaQuanta’s name. The call disconnected after that. To this day, that call has still never been traced.

There have been very few leads in LaQuanta’s case. The driver of the dark green car that LaQuanta was picked up in is still unidentified. The car is being described as a four-door sedan, possibly a Ford Taurus or a Chevrolet Caprice. Police are looking to identify that driver. Police are also still looking for leads in LaQuanta’s case. [Unsolved Mysteries & Suspicious Phone Calls] 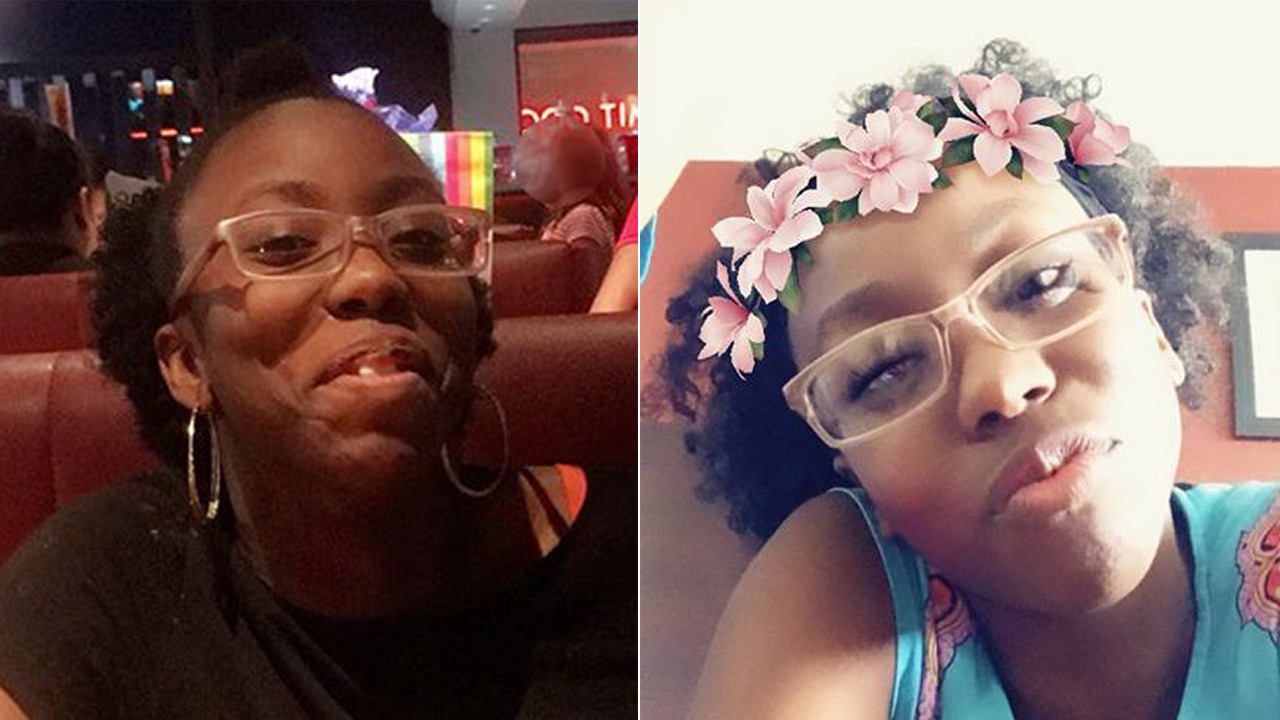 Arionna Parham has been missing since May 22nd, 2018. The 18 year-old left her family's Dickinson, Texas home that morning on foot after telling her family members she was going to school. However, at some point, witnesses saw Arionna getting into a black Nissan Altima that was driven by a man who was originally only known as “Nicco.” She never arrived at school and has never been seen or heard from again.

Arionna's family members do not personally know the man who reportedly picked Arionna up, however he was later publicly identified as a man named Armando 'Nicco' Cruz. Both Nicco and his brother Oscar Cruz are being investigated in Arionna's disappearance. Nicco has a criminal history including offenses related to drugs and sex trafficking. Additionally, his brother Oscar reportedly told a friend that he killed Arionna. However, Arionna remains missing today and no arrests have been made. [read more]

The Disappearance and Murder of Hailey Dunn

One of the last known images of Hailey Dunn(13), taken on Christmas Day 2010. She vanished from her home in Colorado City, Texas just two da... 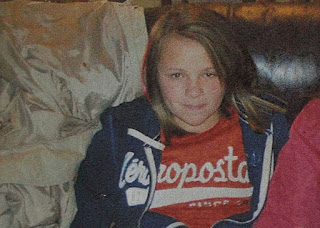