The Disappearance of Bianca Lebron 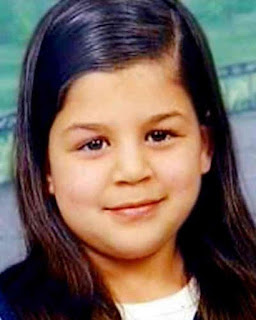 Bianca Lebron was only 10 years old when she vanished on November 7th, 2001. She was last seen in front of her elementary school in Bridgeport, Connecticut. It was 8:30 in the morning and class was about to begin; however Bianca informed her friends and her teacher that she would not be actually attending class that day. She told them that instead, she was going shopping with her uncle. Bianca asked her friends if they wanted to join, but they declined. Shortly thereafter, an older model brown/tan van pulled up in front of their school. Bianca’s friends watched as she got inside the car and it drove off. Bianca has never been seen or heard from again.

When Bianca did not return home from school that afternoon, her mother simply thought she had gone to a friend’s house. As hours passed, Bianca’s mother grew increasingly worried and ended up calling the police at 8:30pm that evening. Bianca’s family soon learned that Bianca never attended school that day. Investigators spoke to the friends who witnessed her getting into the van that morning. They told investigators that they were not worried when Bianca got into the van because they thought the driver was Bianca’s uncle. Her family members told investigators that Bianca does not have an uncle, and none of her relatives drive the car she was picked up in. At this point, it was clear that Bianca had been abducted. The suspect was described as a Hispanic male around 20 to 30 yrs old, 5"8 to 5"11 with an average build, black curly hair, long sideburns and a beard.

Months later, in April 2002, police identified a person of interest: 20 year-old Jason Lara. Jason matched the description of the suspect, and one of his friends owned a van similar to the one Bianca was seen getting into on the day of her abduction. Additionally, Bianca’s loved ones have stated that Jason was Bianca’s “secret boyfriend.” Bianca had apparently told her friends that she had a crush on an older guy named Jason. Bianca’s family members said that the two had been caught kissing in the past as well. The two were frequently around each other prior to Bianca’s disappearance; as Bianca’s great uncle was in a relationship with Jason’s mother. Due to all of this, investigators believed they had their prime suspect. The only problem was, they couldn’t locate him—Jason had left Bridgeport a month after Bianca’s abduction.

Over a year later, in November 2003, Jason finally contacted Bridgeport police and denied any involvement in Bianca’s disappearance. Investigators traced his call to Fort Myers, Florida. As they headed there to find him, they also learned that Jason was now using the last name Gonzalez instead of Lara. Despite never legally changing his name, Jason used the last name Gonzalez on a fingerprint card. Due to this, police were able to charge him with second-degree forgery. Investigators decided to pursue these charges as they hoped that they could transfer him back to Bridgeport following his arrest and question him about Bianca’s case. When investigators were finally able to question him, Jason was apparently not very cooperative. Eventually, though, investigators eventually were able to confirm that he had an alibi at the time of Bianca’s abduction. After that, he was no longer considered a suspect.

Ever since Jason was cleared, very little information has been released about Bianca’s case. The school from which Bianca disappeared enforced stricter attendance-taking policies after her abduction, and the teacher who allowed her to leave was suspended without leave. In 2008, the city reached a settlement to pay the Lebron family $750,000 after they filed a lawsuit claiming Bianca’s teacher let her leave without asking Bianca about the “uncle.”

Bianca remains missing today. The FBI is investigating her case. If you have any information that could lead to Bianca’s whereabouts, please submit and anonymous tip here.