The Disappearance of Timeka Pridgen 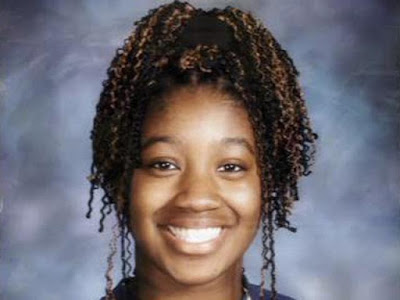 Timeka Pridgen was only 16 years-old when she went missing on May 12th, 2001. She was last seen at her family’s home in La Grange, North Carolina. On the evening of May 12th, Timeka was at the house with her mother, Cosandra Best. Cosandra was expecting to see her boyfriend, Eric Moore, that night—and she planned to end her relationship with him once he arrived at their house. However, 5 minutes before Eric said he was going to be there, Cosandra dozed off to sleep. She later woke up around midnight and realized that Timeka was gone. Cosandra was unsure if Eric ever actually stopped by, but she was immediately worried about her daughter when she realized Timeka’s shoes and other personal belongings were still inside the house. Cosandra subsequently reported Timeka missing.

Throughout the investigation, it was determined that Timeka was on the phone with a friend shortly before she disappeared. The friend told police that the phone call abruptly ended after Timeka heard a knock on her door. Police initially believed that Timeka was a runaway and they thought that she might have traveled to Goldsboro, North Carolina. As time passed, though, police began to believe that Timeka was forced out of her home by somebody she had let inside. Cosandra believes that Eric Moore—the man she intended to break-up with that night—is responsible for her daughter’s disappearance. After Timeka disappeared, Cosandra learned from the police that Eric had previous criminal convictions for a sex crime, kidnapping, assault and theft. Still, Eric has never been charged with anything related to Timeka’s disappearance.

In 2006, Eric was convicted of an unrelated sex crime that occurred two years after Timeka’s disappearance. He was sentenced to 9 years in prison and was eventually released in 2015. Police have not stated if they consider Eric to be a suspect in Timeka’s case. Timeka remains missing today. If you have any information that could lead to her whereabouts, please contact the La Grange Police Department at 252-527-5117.