The Disappearance of Alicia Griffin 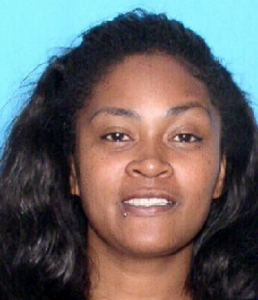 Alicia Griffin has been missing since February 1st, 2014. At the time of her disappearance, the 37 year-old woman lived in Orlando, Florida. Alicia was reportedly last seen at an apartment complex off Lake Orlando Parkway. She left her children at home, in addition to many of her personal items including her cell phone. Alicia has never been seen or heard from again.
According to Alicia's family members, it is uncharacteristic for her to stay out of touch. She comes from a tight-knit family and it is unusual for her to go this long without communicating with them. It's also unusual for her to leave her children and cell phone behind. Despite all of this, investigators reportedly do not believe foul play was involved in Alicia's disappearance.
Alicia did not have have any active bank or social media accounts, which makes it even more difficult for investigators to trace the actions leading up to her disappearance. Within the first year of her disappearance, there were a few reported sightings of her around Orange County--but unfortunately none of those sightings were ever confirmed. Additionally, Alicia's husband has also been investigated and cleared by detectives.
Alicia remains missing today. If you have any information that could lead to her whereabouts, please go here to submit an anonymous tip.
at October 15, 2020