The Disappearance of Katelin Akens 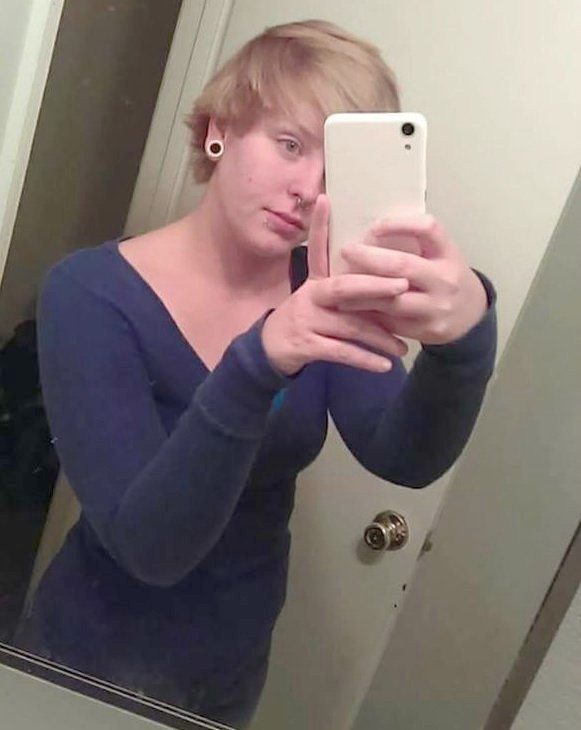 19 year-old Katelin Akens has been missing from Spotsylvania, Virginia since December 5th, 2015. While Katelin is originally from the Northern Virginia area, she had been living in Arizona with her girlfriend Amber prior to going missing. At the time of her disappearance, Katelin was in Virginia to visit family—her sister had just given birth to a baby boy, and Katelin had wanted to meet her new nephew. On the day of her disappearance, Katelin was scheduled to fly back home to Arizona. Her mother, Lisa, was unable to take her to the airport and asked her ex-husband (Katelin’s stepfather, not biological) to take Katelin to the airport instead. He agreed, and Lisa dropped Katelin off at his home in Spotsylvania in the early afternoon.

Two days later, Katelin’s luggage was found 50 miles away from the airport—in a drainage ditch in Fredericksburg, Virginia. Her luggage contained her phone charger, clothing, and Amber’s credit card that Katelin had borrowed. When police questioned the last known person to see Katelin—her stepfather—he revealed that he did not actually drop Katelin off at Reagan International airport. Instead, he claims that Katelin requested to be dropped off at Springfield Mall, from where she would walk to the Franconia-Springfield Metro station and take the Metro the rest of the way to the airport. However, there has been no evidence to support that Katelin was ever at that mall or Metro stop on that day.

Katelin’s family members do not believe she is voluntarily missing. After investigating cell phone pings, police revealed that the initial text sent from Katelin’s phone to Lisa, stating that Katelin had made it safe to the airport, actually pinged off of a tower 30 miles away from the airport. The text Lisa later received at 7:15pm on that night pinged off of a tower 15 miles from Fredericksburg. Additionally, the text that Katelin’s stepfather sent to Lisa, stating that he just had dropped Katelin off, pinged near his home, rather than near the mall or airport. Despite all of this, the stepfather has never been officially named a suspect in this case—however, the investigation is still ongoing.

Anyone with information on Katelin and/or her whereabouts can report here.

-
Lists including this case:
[Cases with Victim Impersonation]
[Cases with Evidence Found in Unexpected Places]
at December 04, 2019