The Murder of Kathleen Savio & The Disappearance of Stacy Peterson

Drew Peterson and Kathleen Savio married in May of 1992, just months after Drew’s divorce from his second wife was finalized. They lived in Bolingbrook, Illinois and had two sons together. Drew worked for the local police department and was highly regarded in the community, despite the fact that Kathleen confided to many people that their marriage was toxic. Between 2002 and 2004, the police were called to their home eighteen times for domestic disturbances. Some of those calls even occurred after their divorce was finalized on October 10th, 2003. Just a few months later, on March 1st, 2004, Kathleen’s body was found facedown in a waterless bath tub at her home. Her death was initially ruled an accidental drowning.

At the time of Kathleen’s death, Drew had seemingly already moved on from their relationship. In fact, just 8 days after his divorce to Kathleen was finalized, Drew married 19 year-old Stacy Cales (who later changed her last name to Peterson) on October 18th, 2003. The two went on to have two children together, and Stacy adopted Kathleen’s children as her own as well.

Despite being a busy mother, Stacy was still determined to finish her nursing degree and was quite close to completing it when she unfortunately vanished on October 28th, 2007. She was reported missing by her sister Cassandra Cales the following day. When Drew was questioned, he said that he last saw Stacy between 10 and 11am the day she was last seen. She allegedly told Drew she was going to help a friend paint a house, but she never showed up. Drew also said that he last spoke to Stacy at 9pm on October 28th. Drew stated that during said conversation, Stacy told him she was leaving him for another man. Stacy’s car was found shortly after her disappearance parked at Clow International Airport, and Drew stated that this supported his claims that Stacy had run off.

Stacy’s family and friends have never believed that she ran off. It would be uncharacteristic for her to leave her children behind, and she was also very close to finishing school. The police weren’t sure about Drew’s version of events either. On November 9th, 2007, authorities announced that they believed Stacy was a victim of foul play. They also announced that Drew was a person of interest in her disappearance. It did not appear to be a coincidence that his ex-wife died under suspicious circumstances, and now his new wife had vanished, also under suspicious circumstances. At this point, while investigating Stacy's disappearance, police decided to take a second look at the death of Kathleen Savio as well.
-
Police officially named Drew as a person of interest in Stacy's disappearance after they  executed several search warrants at the Peterson home. During the searches, several items were removed from the home and other items, such as a nightstand, scuba diving weights and a blue barrel large enough to hold a human body, were missing from the home. Additionally, police spoke to one of their neighbors, who told them he saw Drew and another man hauling away the blue barrel around the time Stacy vanished. That man was identified as Drew’s stepbrother Thomas Morphey, who told investigators that he helped Drew dispose of the barrel and was paid for his assistance.

After Stacy was reported missing, Thomas believed that he had unknowingly helped Drew dispose of Stacy’s body. He became so distraught over this that he tried to commit suicide. Fortunately, Thomas survived—but Drew denied that Thomas ever helped him dispose of anything from his home.

Meanwhile, police were continuing to take a second look at Kathleen Savio's death, which had previously been labeled an accidental drowning. Investigators ultimately decided to exhume Kathleen’s body. Upon a second examination, investigators determined that Kathleen had been murdered, but the scene had been staged to look like an accident. Kathleen’s family and friends had always suspected such. In May 2009, Drew was arrested and charged with Kathleen’s murder. He went to trial during the summer of 2012 and was ultimately found guilty. To this day, Drew still denies killing Kathleen.

Meanwhile, Stacy remains missing and Drew has yet to be charged with anything related to her case. He still remains the prime suspect in her disappearance. Stacy’s family has created a website to help search for her, which can be found here. Additionally, if you have any information that could lead to Stacy’s whereabouts, please contact the Illinois State Police at Illinois State Police at 815-726-6377.
-
[Deaths Reclassified as Murder]
[Drew Peterson An American Murder Mystery]
[FATAL VOWS: The Tragic Wives of Sergeant Drew Peterson]
at August 14, 2019

The Disappearance of Allyson Watterson

Allyson Watterson has been missing since December 22nd, 2019. The 20 year-old woman was reportedly last seen by her boyfriend, 21 year-... 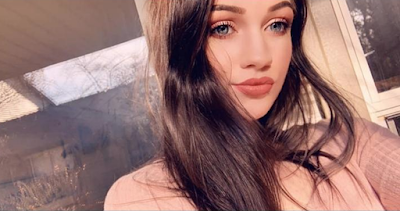