The Disappearance of LaQuanta Riley 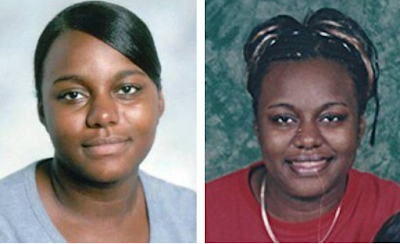 18 year-old LaQuanta Riley was last seen by her family at their Montgomery, Alabama home on December 7th, 2003. LaQuanta’s last encounter with her family was very brief; she arrived at the family’s home around 11:30pm to get a jacket, then left immediately after that. During the short amount of time she was inside the house, LaQuanta’s brother noticed that she had been driven there by a person in a dark green car that he did not recognize. When he asked her who the driver of the car was, LaQuanta simply replied that the driver was her friend. After retrieving her jacket, LaQuanta returned to the dark green car and was driven away. She never returned home after that.

About a week later, LaQuanta’s mother received a voicemail that she believes was from her missing daughter. The message was not clear, but it sounded as if the caller said either “leave me alone,” or “let me go home.” Also in the voicemail, a man’s voice is heard in the background saying LaQuanta’s name. The call disconnected after that. To this day, that call has still never been traced.

There have been very few leads in LaQuanta’s case. The driver of the dark green car that LaQuanta was picked up in is still unidentified. The car is being described as a four-door sedan, possibly a Ford Taurus or a Chevrolet Caprice. Police are looking to identify that driver. Police are also still looking for leads in LaQuanta’s case—there is an $11,000 reward in place for information about her whereabouts. If you have any information, please contact the Montgomery police department at 334-241-2350.