The Disappearance (and presumed murder) of Kristen Anderson 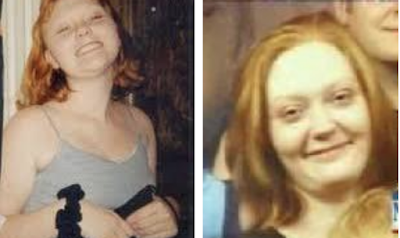 24 year-old Kristen Lee Anderson was tragically murdered by her controlling and abusive husband, James Anderson, on October 1st, 2006. A week before the murder, Kristen moved from Wheeling, West Virginia to Martins Ferry, Ohio in attempt to escape her abusive relationship. She brought their two young sons with her, and was temporarily staying with a friend until she found a more permanent arrangement.

During the early morning hours of October 1st, James showed up at Kristen’s friend’s apartment and asked Kristen to come home. An argument ensued, and Kristen’s friend reportedly heard Kristen shout “don’t hit me!”. Later that morning, when her friend woke up, Kristen was nowhere to be found. Both of her children and all of her personal belongings were still at the friend’s apartment.

It was almost immediately suspected that James was responsible for Kristen’s disappearance. Those suspicions were confirmed just days later, when surveillance footage from October 1st showed James carrying Kristen’s lifeless body out of his house and putting it in the trunk of his car. Additionally, their young sons may have witnessed the crime as well. One of sons told his grandmother that he saw Kristen sitting on the couch that morning, but she wasn’t responding to her name. His grandmother asked what happened when he touched her, to which the young boy replied “mommy was very cold.”

Once James found out about the incriminating surveillance footage, he committed suicide. He left a note behind saying that Kristen’s body would never be found. To this day, her remains have still not been located.