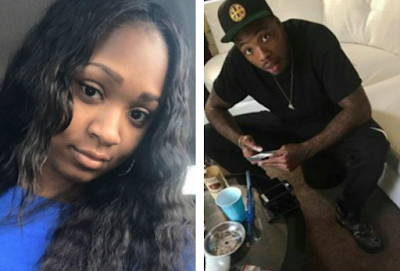 26 year-old Domonique Brown (pictured left) and 27 year-old Ramell Campbell (pictured right) were brutally murdered during the early morning hours of July 30th, 2017. The two were both aspiring rappers from Southfield, Michigan, and were working together on new music. On the night of their deaths, Domonique and Ramell were seen together at a recording studio and then at a nightclub on Michigan Avenue. They left the nightclub together in Domonique’s car.  Around 2:45am, as Domonique’s car travelled eastbound I-94 at Livernois, an unknown assailant shot at Domonique and Ramell multiple times, killing them both. Their killer(s) still remain unknown to this day.

Investigators have said that they are working multiple leads in the case, but have not announced any suspects or persons of interest. Families of both Domonique and Ramell do not know of any people who might’ve wanted to harm them, however Domonique’s family believes their career paths might’ve played a role in their death. There is currently a $3000 reward for information leading to an arrest. If you have any information that could help, please submit a tip with Crime Stoppers Michigan here.
at July 28, 2019