The Disappearance of Latrice Armstead 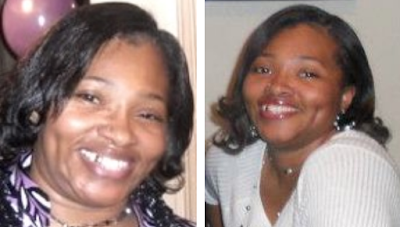 Latrice Armstead has been missing since July 28th, 2012. The 38 year-old woman was last seen that day around 11am, in her hometown of Memphis, Tennessee. Latrice never returned home to her children and has never been seen or heard from again. Just three days after her disappearance, Latrice’s car was found abandoned over an hour away in Clarksdale, Mississippi. The car had been completely burned out and there was no sign of Latrice anywhere. After this discovery, Latrice’s loved ones feared something sinister had happened to her.

Shortly before her disappearance, Latrice was in the process of moving from Memphis to St. Louis, Missouri. She was relocating to get away from her estranged ex-husband, Tony Bledsoe. Latrice and Tony were going through a divorce before her disappearance, as Tony had been physically abusive to Latrice throughout their marriage and Latrice finally had enough. After an incident that resulted in Tony breaking Latrice’s jaw, she took out an order of protection against him. Once Latrice was reported missing, Tony was arrested for violating the order of protection, as he was seen with Latrice on two occasions the day she disappeared. Other than this, though, Tony has never been charged with anything related to Latrice’s disappearance

Due to her car being found in Mississippi, the Coahoma County police are investigating Latrice’s disappearance. If you have any information about her case, please contact investigators at (662)-624-3085.
at July 27, 2019