The Murder of Tiana Notice 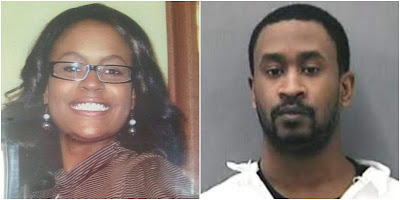 Tiana Notice was only 25 years old when she was brutally murdered by her ex-boyfriend James Carter II on February 14th, 2009. Prior to her death, Tiana lived in Plainville, Connecticut and she met James on a dating site. Around six months into their relationship, James was sentenced to five months in jail for the domestic abuse of a previous girlfriend. It was at this time that Tiana realized that James actually had a long history of many violent crimes including assault. Additionally, Tiana suspected that James was cheating on her. She eventually decided to end her relationship with him, but unfortunately he was not ready to let her go.

James continued to to harass Tiana after their breakup. She would frequently spot him sitting in his car outside of her apartment building and following her while she took shopping trips. When Tiana finally confronted James about it, he grew so irate that he actually took a restraining order against her. He reportedly told police that Tiana had assaulted him. Tiana denied these allegations, and even though James is the one who took the restraining order out on her, he continued to harass her via e-mail. James sent her threatening e-mails, saying things such as “As God is my witness, punishment is on the way, so be prepared,” and “You will have bad luck, you hear me? Remember this email when karma bites you in the ass.”

Tiana went to police after receiving these e-mails to report James for violating the restraining order. The police did not take her seriously, and she was told that the e-mails that James sent were non-threatening. James continued to harass Tiana via phone and e-mail, and she repeatedly went to the police for help. According to Tiana’s mother, she went to the police 33 times in a 6-week period, but no action against James was ever taken. Things continued to escalate from there. One day upon leaving her apartment, Tiana discovered that her car had been vandalized. Once again, police told her that they were not going to take any action against James because they had no proof that he was the one who did it.

From there, Tiana and her family decided to take matters into their own hands. Her father helped her set up a surveillance camera at her apartment building’s parking lot. When Tiana returned home from work the next evening, she found a handwritten note at her apartment door that stated “Tiana forgive me. I never cheated on you. If I’m lying may God take my life. Forgive me for everything else I have done.” Unfortunately, the video tape inside the surveillance camera had run out at this point and they did not capture anybody entering the building to tape the note to the door. Still, the police finally decided to take action at this point and they attempted to contact James to have him provide a handwriting sample that they could compare to the note.

James grew enraged once he realized that Tiana had called the police on him. On February 14th, 2009, James lurked around Tiana’s apartment complex waiting for her to come home. Once she arrived, James ambushed Tiana and stabbed her 20 times before fleeing the scene. She was still somehow able to make a phone call to 911. Tiana told dispatchers, “I’m bleeding to death. My ex-boyfriend just stabbed me to death.” She lost consciousness shortly thereafter and was rushed to the hospital once paramedics showed up. Just a few hours later, she passed away.

It did not take long for investigators to identify James as a suspect. He was arrested and charged with Tiana’s murder shortly thereafter. He was eventually sentenced to 60 years in prison and he remains behind bars today.

This case is also included on:
[Cases Involving a Miscarriage of Justice]
[Murder Victims Who Helped Solve Their Own Case]
[Ten Cases of Break-Up Violence]
at June 19, 2019 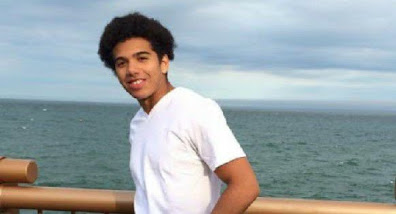