The Disappearance of Samuel Pharis 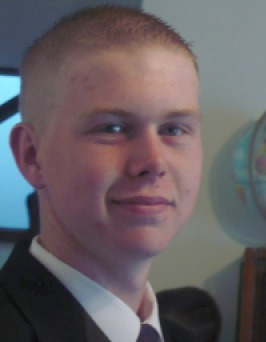 Samuel Pharis has been missing since June 13th, 2013. The 21 year-old was last seen at the home he shared with his fiancé in Olivehurst, California. Samuel left the home around 6:45pm, but it appeared that he intended to come back within a few minutes—he left the lights on, the dogs in the kennel, and a fresh cup of tea on the table. Unfortunately, he never returned and has not been seen or heard from again.

In the months leading up to his disappearance, Samuel was struggling with substance abuse. However, he had recently told his fiancé that he wanted to get help for his addiction, and he had a doctor’s appointment scheduled the day he was reported missing. Samuel’s addiction had already impacted the people in his life; more specifically, it impacted his relationship with his father, Rex Pharis. Just two days before Samuel disappeared, Rex caught Samuel stealing painkillers from his house, and he was furious about it. Samuel’s fiance said that this incident is what made Samuel want to get help for his addiction.

Three days after Samuel was last seen, his car was found stuck in the sand at Feather River. His wallet, gun, and phone were locked inside. Samuel’s keys were missing, but there was otherwise no sign of a struggle at the scene. Investigators extensively searched the area, but no clues were found.

Investigators noted that Samuel’s father Rex behaved oddly after his son’s disappearance. Samuel’s fiancé told investigators that she reached out to Rex to see how he was holding up after Samuel was reported missing, and was surprised to find that he was very calm and relaxed. In fact, the day that Samuel’s fiance reached out to him, Rex had spent the afternoon golfing. Investigators also stated that Rex withheld information to law enforcement. He was given a polygraph test, and the results were inconclusive. Investigators consider Rex to be a person of interest in Samuel’s disappearance, but he has not been charged with anything at this time.

Rex later put up a $10,000 reward for information leading to Samuel’s recovery. He also hired two private investigators to look for his son. Rex gave the investigators a typed note that he claimed was from Samuel. It read, “You think I’m gone, Oh, how wrong! You’ll see me soon, right around noon. SP.”

Authorities do not believe that Samuel actually typed up the note. They also do not believe that his car was dumped at Feather River by him. Samuel’s case is still open and is being investigated. If you have any information that could lead to his whereabouts, please contact the Yuba County Sheriff’s Department at 530-749-7777.