The Disappearance of Heather MacCrossen 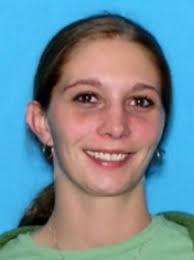 26 year-old Heather Ann MacCrossen (pictured left) was in the midst of escaping an abusive relationship when she vanished on August 17th, 2007. In the prior months, Heather was in a relationship with Andrelo Lasuard Witcher (pictured below), who was allegedly very violent and controlling towards her. Witcher is a registered sex offender with a long criminal record. Throughout Heather’s relationship with him, there were many documented instances of domestic violence. At one point, Witcher threatened Heather with a gun, beat her, and held her captive for two days before she escaped.


In July 2007, Heather decided to leave her home in Newberry, Florida and flee to Michigan, where her family lived. According to her family members, Heather arrived there with two black eyes. She stayed in Michigan for about a month before she had to return to Florida for a court date for a misdemeanor traffic ticket. Heather called her mother from a Greyhound bus stop in Gainesville, Florida on August 17th, 2007 to let her know that she had arrived safely. That was Heather’s last known interaction, and she has never been seen or heard from again. She never appeared in court for the traffic charge and a warrant was issued for her arrest shortly thereafter.

Heather’s loved ones immediately thought that Witcher was responsible for her disappearance. Witcher was interviewed numerous times about Heather, but denied having any knowledge of her whereabouts. Five years later, in 2012, Witcher became a person of interest in another young woman’s disappearance as well: 23 year-old Kamrie Mitchell. Kamrie disappeared on August 25th, 2012, just a few hours after she reported Witcher to the police for breaking into her father’s home, threatening her with a weapon, and stealing prescription medications from the home. Witcher was eventually arrested and charged with burglary while armed, possession of a weapon by a felon, and failure to comply with his sex offender registration.

Witcher was convicted for the burglary charges and sentenced to five years in prison. He was due to be released in December 2016, however in April 2016, Alachua County investigators announced that they filed manslaughter charges against Witcher for the 2007 death of Heather Ann MacCrossen.

During early December 2018, Andrelo went to trial for manslaughter in Heather’s case. It took the jury only five hours of deliberations to find him guilty. There was very little physical evidence presented in the case, however multiple witnesses testified that Witcher was abusive towards Heather. Certain witnesses stated that Witcher repeatedly told Heather that he was going to “kill her and hide her body where her family would never find it.” It appears that Witcher kept his word to this day, as Heather’s body has never been found.

In early January 2019, Witcher was sentenced to 30 years in prison. At the sentencing, Alachua County Sheriff Sadie Darnell told the courtroom,“Knowing what I know about this case, and knowing that there are other cases that are very similar in nature that are believed to have been committed by this offender, Andrelo Witcher, this sentence of 30 years was very, very appropriate.” Witcher will be eligible for parole after serving 15 years.