The Disappearance of Kamrie Mitchell 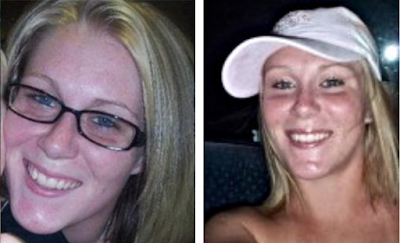 23 year-old Kamrie Mitchell has been missing since August 25th, 2012. During the early morning hours of that day, Kamrie was at her father’s home in Lake City, Florida when Andrelo Lasaurd Witcher broke into the house. Witcher then threatened Kamrie with weapons and stole some of her prescription medications. Kamrie went to police a few hours later, and a warrant was issued for Witcher’s arrest. He was still at large when Kamrie vanished later that day.

A week later, Kamrie’s car was found submerged along a flooded roadway in 184th Street in Suwannee County, near the Columbia County line. Her purse and cell phone were inside the car, but Kamrie herself was still nowhere to be found. Due to the other allegations against Andrelo Witcher, police inevitably wanted to question him about Kamrie’s disappearance. The only problem was, police were still unable to locate Witcher. He was still at large after breaking into Kamrie’s house.

Witcher was not a stranger to police; as he is a registered sex offender with a longstanding violent criminal record. In fact, Witcher had already been a person of interest in the case of another missing woman: 26 year-old Heather MacCrossen. Heather disappeared in August 2007, in the midst of being in a physically abusive relationship with Witcher. Unfortunately, at that time police were not able to gather enough evidence to charge Witcher with anything related to Heather’s disappearance.


Police finally located Witcher in mid-September 2012. He was arrested and charged with burglary while armed, possession of a weapon by a felon, and failure to comply with his sex offender registration. Witcher was ultimately convicted of the burglary charges and was sentenced to five years in prison. Still, Witcher denied any involvement in Kamrie’s disappearance and Kamrie still remains missing to this day.

Witcher was due to be released from prison in December 2016, however in April 2016, Alachua County investigators announced that they filed manslaughter charges against Witcher for the 2007 death of Heather Ann MacCrossen. Despite these charges, Heather still remains missing today. A write-up on Heather’s case can be found here.

Meanwhile, Kamrie is still missing as well and her family suspects that foul play was responsible. Specifically, they suspect that Witcher is responsible for Kamrie’s disappearance. He has not been charged with anything related to Kamrie’s disappearance, but police have not ruled him out as a suspect. Kamrie’s case remains open. If you have any information that could lead to her whereabouts, please contact the Suwannee County Sheriff’s Office at 386-362-2222.