The Disappearance and Murder of Alesha Bell 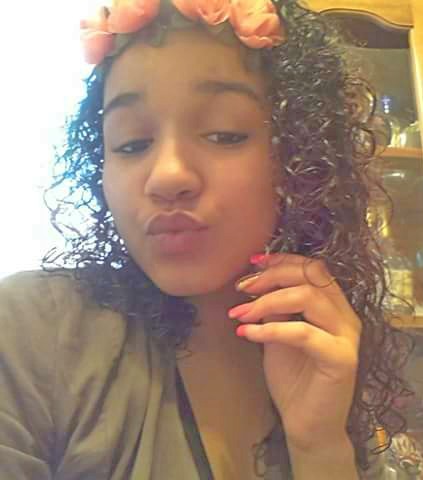 18 year-old Alesha Bell disappeared on July 23rd, 2015 after she left her mother’s home to walk to a relative’s house in their Warren, Ohio neighborhood. Sometime after leaving, Alesha’s mother received a frantic text from her that said, “Mom, if I make it home, I need you. I’m scared.” After receiving the text, her mother called Alesha’s phone over and over, but it went straight to voicemail. Alesha never made it to her relative’s house, and was never heard from again after that. She was reported missing a few days later.

In August 2015, police raided the home of 40 year-old James Brooks looking for drugs, but they found something much more gruesome. While searching the woods behind Brooks’ house, police found human remains in a backyard fire pit. Police immediately suspected the remains belonged to Alesha. Brooks was familiar to Alesha’s family—he attended high school with Alesha’s mother, who believed he was a trustworthy individual. Brooks was also the last known person to see Alesha before her disappearance. Upon the discovery of the remains on his property, Brooks was arrested and charged with abuse of a human corpse, amongst many other unrelated charges.

On September 3rd, 2015, forensic test results confirmed that those remains did, in fact, belong to Alesha. After months of further investigation into Brooks, prosecutors finally announced several additional charges against him on May 25th, 2016. In addition to abuse of a human corpse, Brooks now faced two counts of involuntary manslaughter, one count drug trafficking, kidnapping, abduction, tampering with evidence, compelling prostitution, and possession of cocaine, heroin and criminal tools. At this point, it was clear that investigators believed that there was much more to Brooks’ relationship with Alesha than previously reported. In fact, prosecutor Nicholas Iarocci stated that he believed Brooks was using Alesha and several other girls in a sex trafficking ring that he was involved in. For reasons unknown, the trafficking charges against Brooks were eventually dropped.
On February 1st, 2017, Brooks plead guilty to all charges related to Alesha’s death. He was sentenced to a total of 30 years in prison. Despite the fact the trafficking charges were dropped, the authorities and many other people believe that Brooks has other victims from his sex trafficking service. In fact, Brooks is currently considered a person of interest in the disappearance of another missing girl from Warren, Jasmaine Smith.

Recent studies have shown that human trafficking cases in Ohio have increased by 50% in the past since 2017.  For more awareness on this issue, please visit here.  If you or someone you know is struggling in a similar situation, please visit this website for resources that can help!


[People Who Sensed Danger Prior to a Murder or Disappearance]
[Tragic Cases of Suspected Trafficking]
-
For further reading resources, consider the following books: