The Disappearance of Alexandria 'Ali' Lowitzer 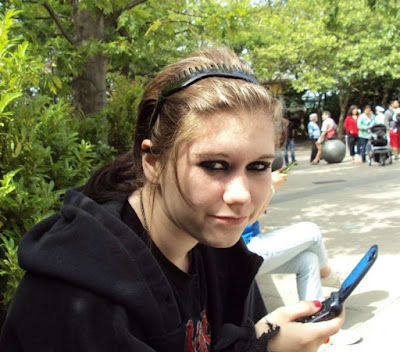 Alexandria ‘Ali’ Lowitzer was only 16 years old when she vanished on April 26th, 2010.  She disappeared after school that afternoon, shortly after she exited the school bus around 2:45pm. The bus stop where Ali was dropped off is only a few houses away from her family’s Spring, Texas home, but on that particular day, she did not go straight home after getting off the bus. Instead, Ali called her mother Jo Ann to let her know that she would be walking to her workplace, Burger Barn, to pick up her paycheck. That phone call was the last interaction Jo Ann has had with her daughter—Ali never returned home after that. According to the owner of Burger Barn, Ibrahim Banat, Ali never showed up at the restaurant to pick up her paycheck either. She was subsequently reported missing the next day.

Since Ali’s disappearance, the bus stop and the route to Burger Barn have been thoroughly searched. According to Ali’s mother, those searches did not yield any clues, evidence of foul play or even any of Ali’s personal belongings. Investigators also interviewed Ibrahim and the other employees at Burger Barn, despite the fact that Ibrahim said Ali never showed up that day. Law enforcement has never shared any concerns regarding the restaurant in relation to Ali’s disappearance. Still, there are some remaining questions about Burger Barn. Jo Ann elaborated on this on a webpage set up for Ali, by stating: “we by no means insinuate or accuse anyone of anything, however, rather than embrace the family and law enforcement, the owner [of Burger Barn] was very uncooperative. One would think that the owner and manager of an establishment where an employee, especially a child comes up missing, would be open, cooperative and willing to help anyway they can. This is not what our family experienced. We, along with our private investigator have been avoided, ignored and quickly dismissed.” Ali’s family has maintained that they don’t necessarily disbelieve that Ali never showed up at Burger Barn that afternoon, but the lack of cooperation from the restaurant has inevitably made them question if there is more to the story.

The Lowitzer family and their aforementioned private investigator Amber Cammack have explored many different theories about what may have happened to Ali. In 2014, Amber reported about a sex trafficking theory. She had apparently gotten in contact with someone who thought that they saw Ali working as a prostitute against her will in Columbus, Ohio. While this lead seemed credible, after it was investigated, it turned out that the girl in question was not Ali. More recently, Amber stated that she found evidence that Ali might’ve lied to her mother about going to Burger Barn that afternoon; instead, she may have been meeting up with an older guy. However, many online sleuths and bloggers have questioned Amber’s credibility and have warned others to take what she says with a grain of salt.

Ali’s case is still open and being investigated. If you have any information about her whereabouts, please click here to report it.

Ali's case is featured on the Investigation Discovery series 'Disappeared'. The show is available here on Amazon prime.