The Disappearance of Irma Mkrtchyan 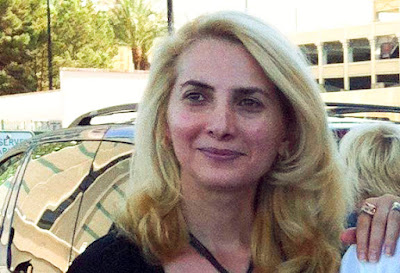 Irma Mkrtchyan has been missing since January 19th, 2014. The 45 year-old woman was last seen near south Durango Drive and the West Desert Inn in Las Vegas. Prior to her disappearance, Irma was living in Vegas and working as a broker for Farmers Insurance. On the day she vanished, Irma met with a client at a local apartment complex called Allanza. Irma texted her boss after the meeting to say she had to miss work the next few days to attend her ex-husband’s aunt’s funeral in California. The ex-husband’s family later confirmed that was false—there was no family funeral in California.

Around the same time, Irma also texted her loved ones to say that she was going to California for a business trip (no mention of a funeral) and would return in a few days. She also said that she left her car at the Allanza apartment complex with the keys left in the gas tank cap and that she would return in a few days. Irma also mentioned that her phone was going to die since she left her phone charger at home. Her loved ones found this quite bizarre—it was very uncharacteristic for Irma to leave both her phone charger and her car behind. Ever since those messages, Irma has not been seen or heard from again.
According to her family, Irma was not romantically involved with anyone at the time of her disappearance—but she was still living with her ex-husband Ara Marutyan. The former couple had two children together: a daughter who was attending school in a separate state, and a son who was living with them and attending a local university. Irma and Ara divorced in 2007 after sixteen years of marriage, but Ara claims the split was amicable. However, Irma’s friends said that Irma had been brutally beaten by her ex-husband. Irma also told numerous people, including her own daughter, that she was afraid that Ara might try to kill her. When police questioned Ara and their son, Arthur, they claimed that Irma been talking to another man online, and they believed she had run off to the Baja California region of Mexico to be with him. Irma’s loved ones do not believe this is true. According to her brother, Irma would not leave her family behind—especially her mother, who had recently suffered a heart attack.

Officials investigating Irma’s case have suspicions about Ara as well. Police said they believe that Ara lied to them. He also failed a lie detector test issued after Irma’s disappearance. A private investigator believes that Armenian organized crime may have played a role in Irma’s disappearance, with identity theft being the main motive. Despite all of this, there have still not been any arrests in Irma’s case and she remains missing today.
Both authorities and Irma’s family believe that foul play is involved in her disappearance. There is a $12,000 reward for information about Irma’s whereabouts—if you have a tip, please report it by calling 702-758-4727.
at December 19, 2020