The Disappearance and Presumed Murder of Candice Shields 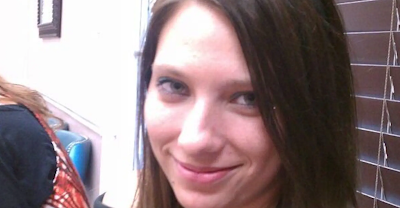 Candice Shields was last seen by her loved ones on the evening of December 10th, 2011. At the time, the 20 year-old woman was at her grandparents' home in Graham, Texas. The following morning, Candice's personal belongings were still at the house--but Candice herself was nowhere to be found. She was due to start a new job that day, but she never showed up. This worried Candice's family members, especially as days continued to pass without any word from her. She left behind a one year-old son, which was uncharacteristic of her--and she was also pregnant with her second child. Candice's family finally reported her missing on December 15th, 2011.

Throughout the investigation, detectives learned that Candice had been in contact with her boyfriend, Jeremy Thornburg, shortly before her disappearance.

Jeremy was the father of Candice's unborn child. The two had a rocky relationship--Jeremy reportedly believed that Candice was seeing other men--and Jeremy himself was seeing another woman named Lajuana Long. Lajuana was reportedly jealous of Candice and threatened her in the past. Both Jeremy and Lajuana became persons of interest early into the investigation, but both denied involvement in Candice's disappearance.

In February 2013--over a year after Candice's disappearance--Jeremy was finally arrested and charged with Candice's murder. Just days later, Lajuana was arrested and charged with murder as well. The arrests came after forensic testing matched Candice's DNA to a blood stain found on a gun that detectives had seized from Jeremy. Additionally, cell phone records from Candice, Jeremy, and Lajuana confirmed that the three had been in contact and/or in close proximity to each other around the time of Candice's disappearance.
Lajuana eventually pleaded guilty to the murder charges and was sentenced to 30 years in prison. As part of her plea deal, Lajuana agreed to testify against Jeremy at his trial. During her testimony, she stated that Jeremy had asked Candice to meet up with him on the evening of her disappearance. The two then went to a field located between Graham and Breckenridge, where Jeremy shot Candice to death. Lajuana then testified that she had helped Jeremy pour bleach over Candice's body to destroy evidence. A detective who testified stated he believed that, after Jeremy shot Candice, he then called her cell phone so he could find it on her body. After finding it, he wiped the phone clean of certain messages and then returned it to Candice's grandparents' house.
A jury convicted Jeremy of murder in October 2014. He was subsequently sent to life in prison. Though there have been several searches, Candice's body has still not been found.
at December 28, 2020