As stated in the original cold case runaway list, most runaway teenagers eventually return home. Statistics show that 77% percent return within one week, and approximately only 7% of teens are missing for longer than a month. (source) Therefore, concerns are always intensified for those teens who remain missing for prolonged periods of time. There are certain cases where authorities reclassify a case labeled as a runaway to an endangered missing person. However, there are still numerous cases in which the runaway classification is maintained--even if the person has been missing without a trace for a prolonged period of time. Below is a list of six more such cases that are still classified as runaways, despite the fact that they have been missing for years. 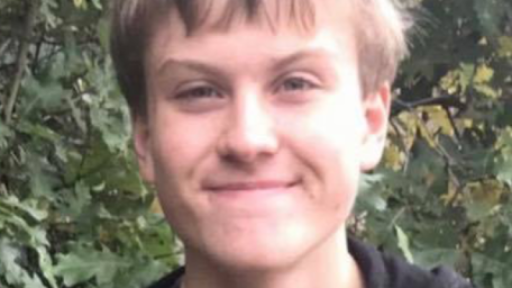 Nathaniel Holmes has been missing since December 19th, 2017. The 17-year old was last seen at his high school in Westminster, Colorado. Nathaniel's mother dropped him off at school that morning, but he never attended his classes. Nathaniel instead went to the principal's office and asked to speak with a friend. The principal denied his request to call the friend out of class, and Nathaniel left the building after that. He called his mother and told her that he was going to a friend of his father's house and did not need to be picked up. Nathaniel has never been seen or heard from again.
Authorities believe Nathaniel left on his own accord. Still, Nathaniel's family members say that his disappearance is completely out of character. He left behind many personal items, including his iPad. It is unclear where Nathaniel was actually headed after he left his school. Investigators said that there is no evidence of foul play, but clues about what actually did happen have been far and few in between. [read more]
Kathy Pereira 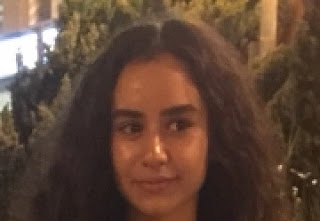 Kathy Pereira was only 15 years-old when she vanished from her family's Gaithersburg, Maryland home on August 16th, 2015. Kathy had spent most of that summer visiting her grandparents in Portugal. She returned to her hometown in Maryland shortly before she vanished. On the morning of August 17th, 2015, Kathy's mother and brothers awoke to find that Kathy was missing. She has never been seen or heard from again.
Kathy's family members are calling her disappearance completely out-of-character. The family had spent the day before her disappearance at the beach. After returning home, the family watched movies together before going to bed. According to Kathy's mother, there was nothing unusual about Kathy's behavior before her disappearance. Kathy did not do or say anything to indicate that she was planning to run away. In fact, Kathy was reportedly talking about her future plans to go to college before she went to bed on the night before her disappearance. Kathy's loved ones were left confused and worried when they awoke the following morning and noticed that Kathy was gone.
Years have passed since Kathy's disappearance and she remains missing and classified as a runaway today. [read more]
Jamekia Sabb 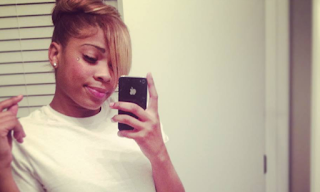 Jamekia Sabb was 17 years-old when she vanished from her family's Charlotte, North Carolina home on November 22nd, 2013. It is believed that Jamekia left her family's Charlotte, North Carolina home on her own accord. As a result, she was labeled as a runaway by investigators, and all search efforts for the young girl were minimal at best. Additionally, there has been very little information about Jamekia's case in the media. Jamekia's loved ones initially had hope that she would return home safely. However, as the months turned into years without any sign of her, Jamekia's loved ones began to believe that she might have come to harm.
Years have passed since Jamekia was last seen, yet she still maintains the runaway status. Her case remains unsolved. [read more]
Shemika Cosey 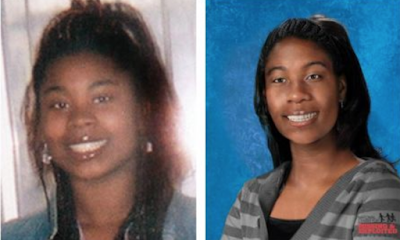 Shemika Cosey has been missing since December 29th, 2008. The 16 year-old girl was spending the night at her aunt's house in Berkeley, Missouri prior to her disappearance. She was last seen at the house around 1:30am. Her aunt and cousins awoke the next morning around 8:30am to discover that Shemika was gone. She has never been seen or heard from again.
Police were called shortly after Shemika's family noticed that she was missing. When the police showed up at her aunt's house, they reportedly did not find any signs of a break-in--but they did notice that there was a door left unlocked. Police quickly came to the belief that Shemika left on her own accord--and as a result, they reportedly did not search for her. Shemika's mother has acknowledged that it is likely that Shemika did leave the house voluntarily--but she believes that she intended to return. Shemika left behind her overnight bag and many other personal belongings. Her family members do not believe that she would voluntarily leave home and drop out-of-touch.
Over a decade has passed since Shemika's disappearance, yet she still remains classified as a runaway. Her family fears she may have been lured into sex trafficking. [read more]
Tiffany Reid 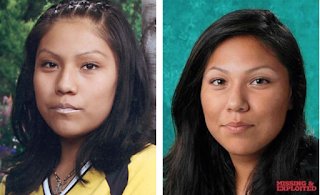 Tiffany Reid vanished at the age of 16 on May 17th, 2004. She was last seen while walking to her school in Shiprock, New Mexico. Tiffany never arrived at school and has never been seen or heard from again.
After she vanished, a make-up bag and a number of clothing items were found scattered around the base of the Carrizo Mountains in Sweetwater, Arizona. At the time, that area was well-known as a place where teenagers would go to party. The make-up bag was eventually positively identified as Tiffany's, however investigators could not positively link the clothing to her.
Investigators have classified Tiffany as a runaway. They initially stated that she might still be in the Sweetwater area, or that she might have traveled to Mexico. However, over 15 years have passed without any trace of Tiffany--there have been no reported sightings of her since her disappearance. She remains missing today. [read more]
Laroya Bray 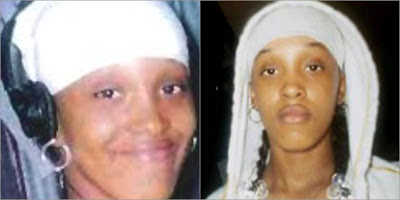 Laroya Bray was only 15 years old when she vanished on March 26th, 2003. She was last seen standing outside of the apartment building where she lived with her mother and her mother's fiancé in Los Angeles, California. Laroya never went back inside the apartment and has never been seen or heard from again.
Laroya's mother reported her missing to police on the evening she was discovered to be missing. Once police began investigating, they quickly announced that they believed that Laroya left on her own accord. She was subsequently classified as a runaway. Ever since, there has been very little news or information available about Laroya's case.
It's unclear why investigators were so certain that Laroya left on her own accord. She remains at the runaway status today--despite the fact that nearly two decades have passed without any sign of her. [read more]
at December 30, 2020