The Murder of Rachel Galbreath 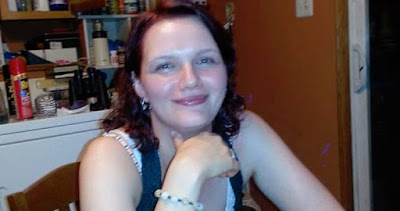 Rachel Galbreath (33) was found murdered inside her South Holland, Illinois apartment on May 9th, 2014. The young woman was known to many as a huge animal lover, and she worked at a dog grooming salon prior to her death. Rachel was scheduled to work on the morning of May 9th, but she never showed up. Knowing this was unlike her, one of Rachel's co-workers stopped by her apartment to check on her. Once the co-worker entered the apartment, she came across a horrific scene: Rachel was dead in her living room. Her body was laying in a pool of her own blood. Investigators determined that Rachel had been brutally beaten to death. She had been hit over 20 times by a blunt force object.
It was clear that whoever had killed Rachel did so out of rage. Due to this, it is not believed that her murder was random. In fact, Rachel's family members immediately had a suspect in mind: Rachel's ex-boyfriend. The two had a tumultuous on-and-off relationship that lasted for about 8 years. During their time together, the boyfriend was reportedly violent towards Rachel on numerous occasions. Her family members stated that he was incredibly jealous and controlling as well. Rachel kicked him out of her home just weeks before her murder.
On May 5th, 2014--just four days before her murder--Rachel posted the following on Facebook: "I really need to rant for a minute here. I've decided that the next man I date needs a job, a good work ethic and history. He needs to take pride in where he lives and be able to pass a mental evaluation. Leos need not apply. It's going to be nice to come home to a house that's as clean as it was when I left it. Also will be fantastic not worrying about someone going through my stuff and stealing my cigarettes." This post was clearly referencing the end of a relationship. It appeared that Rachel was finally ready to move on. She was killed just days later.
Although the ex-boyfriend has not been publicly identified, Rachel's loved ones have posted about him in a Facebook group dedicated to receiving justice for Rachel. Her loved ones stated that Rachel's ex was sole beneficiary of her life insurance policy--which was activated just 30 days before the murder. The ex-boyfriend also got married just three months after Rachel's death.
Investigators have not named this man--or anyone--as a suspect in the case. A few different lead investigators have been in charge of the case in the years following Rachel's death. An abundance of evidence has reportedly been "tested and retested", but according to investigators, they have found "no physical evidence that links any one person to the murder."
Rachel's family members continue to fight for justice. If you have any information that could help lead to an arrest in Rachel's case, please go here to submit an anonymous tip.
at October 03, 2020