The Disappearance of Jessica Garino 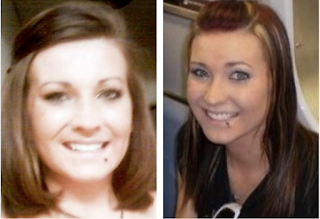 Jessica Lynn Garino disappeared at the age of 21 on January 23rd, 2012. She was last seen at her home Goldsboro, North Carolina. Jessica had moved to Goldsboro from Unicoi, Tennessee in December 2011. According to her family members, Jessica moved to North Carolina to get clean and have a fresh start. However, one of her roommates was a heroin dealer. Additionally, she was dating a 52 year-old man named Carson Cameron, who was a known drug user as well. Despite this, it appeared Jessica had every intention of getting clean, as she was committed to her outpatient treatment program. On the day she vanished, she was seen at the drug rehabilitation center. Jessica also spoke to her sister on the phone that day, and she promised that she would call her again in a week after she got paid.
Unfortunately, Jessica never got back in touch with her family. After weeks of not hearing from her, Jessica’s family reported her missing in Tennessee. The Tennessee authorities lead the case to the North Carolina State Bureau of Investigations. Those authorities interviewed Jessica’s boyfriend Carson, and her roommates as well. Carson told investigators that Jessica abruptly left in the middle of the night and never returned. Jessica’s roommates, on the other hand, told a very different story. They told investigators that both Carson and Jessica were both gone for a few days, but Carson eventually returned…alone.
A month after Jessica vanished, records revealed that her food stamp card was used in South Carolina. Her family members do not believe it was Jessica herself who used the card. Other than that, investigators have received very few leads about Jessica’s case. Carson Cameron has stopped cooperating with investigators. He has since been arrested on other unrelated charges, but still refused to speak about Jessica even while in police custody. Jessica remains missing today and both North Carolina and Tennessee authorities are investigation her case. If you have any information that could lead to her whereabouts, please contact the Wayne County, North Carolina Sheriff’s Office at 919-580-4065 and/or the Erwin, Tennessee Police Department at 423-330-4604.