The Disappearance and Death of Devin Bond 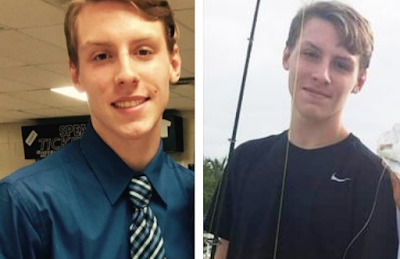 17 year-old Devin Bond went missing on March 31st, 2017. He was last seen by his family the night before his disappearance, at their home in Murfreesboro, Tennessee. Devin was on spring break at the time, so he did not have to be at school the following morning and his parents did not think he had anything else planned. Some time during that night, while his mother was sleeping and his father was working a night shift, Devin stuffed pillows in his bed to make it look like he was asleep and snuck out of the house. He never returned home after that. Prior to this, Devin had reportedly told friends that he wanted to live “like a homeless person,” but none of said friends knew of any solidified plans that Devin had to run away.

According to his parents, Devin was leading a fairly “normal” home life and was getting good grades in school. While pondering reasons why Devin may have left his home that night, investigators learned that he had recently broken up with a girlfriend because the girl’s father did not approve of their relationship. It was theorized that Devin might’ve snuck out that night to meet up with said girlfriend and got into some sort of danger while en route, but the girlfriend was out of town at the time and that theory was quickly ruled out.

There was a possible sighting of Devin walking towards Veteran’s Parkway around 4:30am on the morning of his disappearance. This sighting is likely to be credible, because his phone pinged off a tower near that location around the same time. Devin’s phone has not pinged again after that. Volunteers searched for several days around this area, but ultimately no trace of him was found. Searches aided by drones and helicopters also did not provide any clues about Devin’s whereabouts.

In the weeks following his disappearance, Devin’s Google account was accessed numerous times. It is unknown if Devin himself was accessing it. His phone did not ping off of any towers, but it is possible that the account was accessed by computer or with the phone on airplane mode. However, all account activity stopped on April 15th, 2017. Investigators believed that it was possible that Devin was  still be in the local area, but concerns about his well-being grew significantly as two years passed without any sign of him.

On November 13th, 2019, it was reported that there was a new search for Devin at Barfield-Crescent Park. Hours after the search was reported, it was announced that human remains had been found. Devin's family has reportedly confirmed the remains are, in fact, that of Devin Bond. The investigation is still unfolding and updates will be provided as they come.