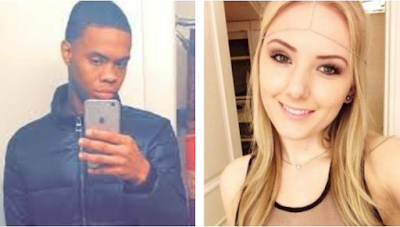 20 year-old Nehemiah “Neo” Kauffman (pictured left) and 21 year-old Sydney Land (pictured right) were just beginning a new chapter in their lives together when they were tragically murdered in late October 2016. Prior to this, the two were in a happy relationship and had just moved into an apartment together in Las Vegas, Nevada. On October 27th, 2016, a friend of the couple grew worried after not hearing from Neo and Sydney for a few days. That friend went over to their apartment and made a grim discovery: Neo was dead on their living room floor, and Sydney was dead in their bedroom. Both had been shot to death. It was estimated that they had been dead for at least 24 hours at the time they were found.


Officers who first responded to the scene found no signs of forced entry into the apartment. A murder-suicide was also ruled out. It has been theorized that Neo may have been targeted due to his “associations” with drug dealers. One of said associations is a man named Shane Valentine, who had threatened the couple in the past. In fact, roughly 20 days before the murders, on October 8th, 2016, Valentine was accused of opening fire at Neo’s family home. Fortunately, nobody was injured during that incident. After the murders, Valentine was arrested on unrelated charges, but inevitably questioned about the case. Though many believe Valentine is responsible for Neo and Sydney’s murders, authorities announced about a year after their deaths that they currently do not believe Valentine is their prime suspect. However, he has not been completely ruled out.