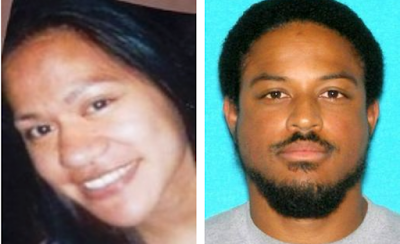 25 year-old Abby Roberts (pictured left) and her boyfriend 27 year-old Philip Johnson (pictured right) were last seen together on September 29th, 2012. The couple left their Las Vegas, Nevada home in an unregistered black Chevrolet Cruze on that day and never returned. Both Abby and Philip worked at the US Post Office near McCarran International Airport, and they were reported missing on October 9th, 2012, after their loved ones were notified that they both stopped showing up for work.

Abby has not been since September 29th, 2012. Philip, on the other hand, showed up at his mother’s house in Torrance, California a few days later, on October 3rd, 2012. Philip and Abby had not yet been reported missing at that time, so Philip’s mother did not think anything was amiss. Philip drove to his mother’s house in Abby’s car and brought his and Abby’s two month-old son, as well as an older son from a previous relationship. He left the children with his mother and then never returned. Abby’s car was later found abandoned in Compton, California. There was no sign of Abby or Philip at the scene.

Investigators found no signs of foul play Abby and Philip’s home in Las Vegas. Despite this, Abby’s family still believes that Philip might have harmed her. Her family members told police that Abby had been contemplating leaving Philip because he had been unfaithful to her. Philip has never been officially been named as a suspect, and both he and Abby remain missing today.

If you have any information that could lead to the whereabouts about Abby and/or Philip, please contact the Las Vegas Police Department at 702-828-3111.

Statistics show that violent criminals are more likely to reoffend than those who have been convicted of non-violent crimes. ( source ) This...