The Murder of Matthew Leroy Grant 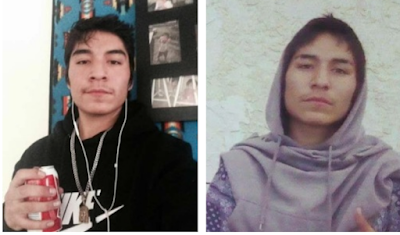 Matthew Leroy Grant (21) was murdered on the Blackfeet Indian Reservation in Browning, Montana. He was last seen alive on December 15th, 2016. Matthew’s family members used social media to spread awareness about his disappearance, and they also pleaded for Matthew’s safe return. Unfortunately, on December 31st, 2016, Matthew’s body was found in an alley between the College Homes and South Glacier Homes neighborhoods in Browning.
Matthew’s death was classified as a homicide, however investigators have not released Matthew’s exact cause of death. According to Matthew’s aunt, “he had frozen ice in his hair. Snow covered. His shirt was partially pulled up like someone lifted him out of a vehicle and just tossed him there.” How Matthew ended up in the alley still remains a mystery—no arrests have been made in the case and very little information about the investigation has been released.
A year after Matthew’s murder, the FBI announced a $10,000 reward for any information that leads to the arrest of Matthew’s killer(s). No persons of interest have been publicly identified at this time and the FBI is continuing the investigate the case. If you have any information that could help the investigation, please contact authorities at 833-345-7872.
-
[Small Town Mysteries]