The Murder of Emma Walker 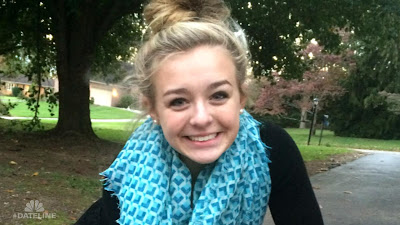 Emma Walker (16) ended her long term relationship with William ‘Riley’ Gaul (18) in November 2016. At the time, Riley was a freshman at Maryville College in Tennessee, while Emma was still a high school student in Knox County. Prior to the break-up, the couple had been together for almost two years. Emma's family and friends reportedly did not approve of their relationship.

According to friends and family, Emma felt that she and Riley were in different places in life, and she wanted to move on. Riley, on the other hand, refused to accept the break-up. He apparently continued to contact Emma after their break-up despite her wishes to be left alone. At certain times, he even threatened suicide. Still, Emma held her ground and continued to try and move on.

On the morning of November 21st, 2016, Emma was found dead in her bed. She had been shot to death as she slept, and it appeared that somebody had shot her from outside of the home, through the wall. Once police learned that Emma had been struggling with an obsessive ex-boyfriend, they immediately looked at Riley as a suspect. Additionally, police realized that, just a day earlier, a man who was later identified as Riley’s grandfather reported one of his shotguns stolen. Riley was immediately put under surveillance; as police were concerned that he might try and destroy evidence related to the crime. It turns out that Riley did, in fact, try to hide the evidence. Investigators recovered that same shotgun that Riley’s grandfather had reported stolen after they observed Riley trying to dispose of it. Investigators then began to build their case against Riley.

In the meantime, as news of Emma’s death began to spread around town, Riley posted numerous tweets in tribute to his late ex-girlfriend. He also changed his Twitter bio,“Living everyday through Emma Walker. I love you beautiful and I know you’re in a better place now.”

The evening after Emma’s death, police arrested Riley in connection with Emma’s murder. Months later, in January 2017, he was indicted on charges of first-degree murder, aggravated stalking, theft, tampering with evidence, reckless endangerment, employing a firearm during a dangerous felony and felony murder.

Riley pleaded not guilty and went to trial in the spring of 2018. During the trial, Riley’s defense team claimed that Riley did not intend to kill Emma the night she died. They said that Riley was unaware that the bullet would actually travel through the wall of her house and that his original intent was to fire a shot through the wall, scare her, and then show up at at her house later as the “hero.” The prosecution claimed that Riley did, in fact, intend to kill Emma that night and later came up with the scare tactic story as a cover. The jury agreed, and Riley was found guilty on all charges. He sentenced to life with possibility of parole after a minimum of 51 years.

-
Lists including this case:
[Cases of Break-Up Violence]
[Cases with a Social Media Trail]
[Murder Cases with Shocking Defenses]